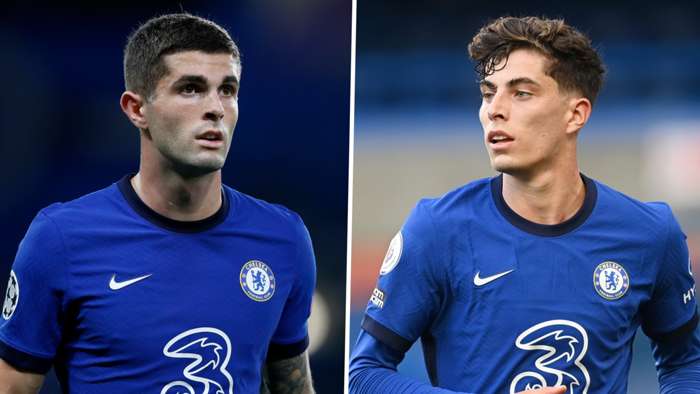 Chelsea are capable of sustaining a Premier League title challenge, claims Joe Cole, with the in-form Blues boasting an embarrassment of riches that is set to see them welcome Christian Pulisic and Kai Havertz back into their plans at some stage.

An impressive unbeaten run across all competitions has been stretched to nine games, while you have to turn the clock back through seven matches to September 20 to find their last Premier League defeat – which came against Liverpool.

A summer of big spending is starting to pay dividends at Stamford Bridge, with Chelsea boasting strength in depth across the board.

That point was highlighted again during a 2-0 victory over Newcastle on Saturday that saw Thiago Silva rested on the back of recent domestic and international commitments.

Defensive leaks have been plugged in style by Lampard’s once brittle side, while goals are never going to be problem with the attacking firepower at the Blues’ disposal.

Pulisic and Havertz will step back into that group once shaking off an injury and Covid-19 respectively, with Cole of the opinion that Chelsea – who hit top spot after overcoming the Magpies at St James’ Park – could become the team to beat this season.

“You look at it, you have Pulisic, and Havertz as well to throw back into the mix, it's an embarrassment of riches,” a man who enjoyed three title triumphs during his playing days in west London told BT Sport.

“And it has been built the right way. The structure has gone in place, the style of play, the methodology that Frank wants to play.

“The biggest credit you can pay Frank, you can see his personality on the team.

“You can see that work ethic, that togetherness, that relentlessness and he has implemented that. It's just a very, very exciting time for Chelsea fans.

“You go back a couple of years with the transfer ban, now they’re top of the league – ok, it may only be for a couple of hours but what a turnaround.”