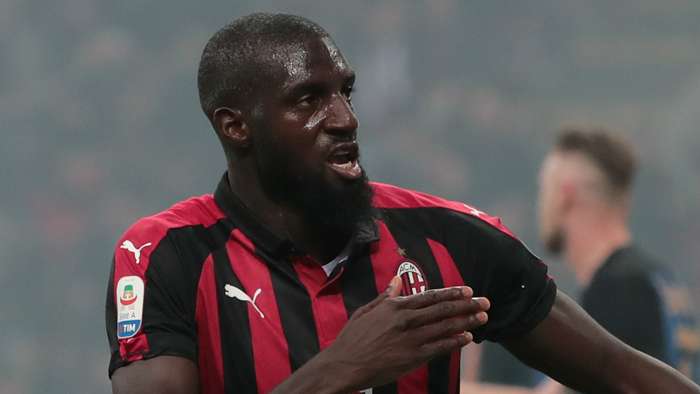 AC Milan technical director Paolo Maldini has kept the door open to a move for Chelsea midfielder Tiemoue Bakayoko, refusing to deny claims his side have move for the Frenchman.

Bakayoko appears to be on his way out at Stamford Bridge, having spent the past two seasons on loan – first with Milan in 2018-19 and then with former club Monaco last season.

The 26-year-old originally joined Chelsea in 2017 in a£40 million ($52m) move from Monaco, but failed to live up to expectations in his debut season in the Premier League.

Milan have been rumoured to be keen on apermanent move forBakayoko, a link thatMaldini would not deny existed.

“We have many options,” Maldini told Sport Mediaset when asked about a bid for Bakayoko.

“We set out a list of priorities before the transfer market opened, so now we can proceed calmly. If we can improve the current squad, then we will.”

Last month Bakayoko, who has a contract at Chelsea through 2022, admitted he was open to a permanent return to San Siro.

"Everyone knows that Milan is in my heart and I have good memories," the French midfielder told Tuttomercatoweb.

"At the moment I'm a Chelsea player, then we'll see in football."

After his difficult opening season with Chelsea,Bakayokoregained his form at Milan in 2018-19, making42 appearances in all competitions.

Bakayoko could be a part of a rebuilt Milan midfield in 2020-21, as Brescia starSandro Tonaliis closing in on a move after turning down interest from several other clubs.

The 20-year-old could have joined Manchester United or Barcelona, butBrescia president Massimo Cellino said the midfielder's head was turned by interest from the Rossoneri.

“As soon as Milan showed real interest, he did not want to listen to any other options. I also have a historicallygood rapport with Milan and we reached an agreement with Paolo Maldini quite quickly,"Cellino toldTop Calcio 24.