Agent of Grealish, Camavinga & Konate hints at record-breaking summer moves for his players 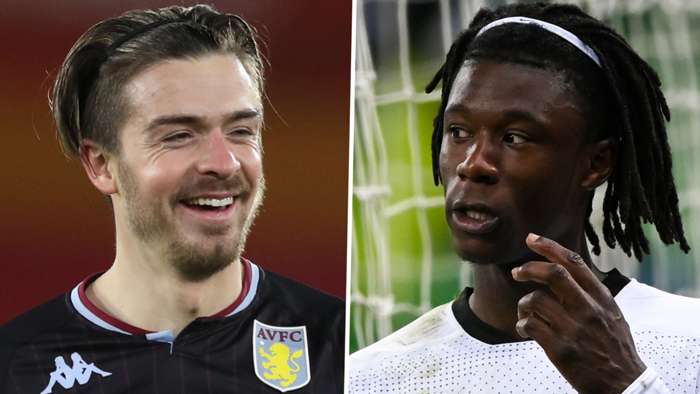 The agent of Jack Grealish, Eduardo Camavinga and Ibrahima Konate has claimed that he is expecting as many as four "very big deals" involving the players he represents.

Jonathan Barnett, who is the agent of the trio who have been linked with the likes of Manchester United, Liverpool, Manchester City and Real Madrid, is gearing up for a busy summer transfer window.

Indeed, Barnett is expecting to "break a lot of records" with transfers involving his players, which could see mega moves for his high-profile clients, including the aforementioned trio.

“It is (the transfer window)going to be harder. I’m expecting three or four very big deals of my own that will break a lot of records," he told The Athletic .

"Hopefully, they’ll come about. For the smaller clubs, I think there won’t be as many transfers.

"We have some very good players, we have probably the best young player in the world in Eduardo Camavinga.

"We’ve got Grealish, we’ve got Ibrahima Konate at RB Leipzig. But then I’ve got over 100 players."

Rennes midfielder Camavinga, voted No.2 in Goals NXGN list of the top 50 wonderkids in football, has become a key figure at the Ligue 1 clubsince his breakthrough in 2019.

Chelsea, Manchester United and Real Madrid are all said to want him and Barnett is confident he can thrive at a high level.

“Camavinga can play next year in the Premier League. He is that good. Whether he will or not, I don’t know," he said.

"His background has been tough if you know what he went through as a refugee and the burning of his home [in Rennes]. But his character is amazingly strong. He is not your average 18-year-old. Playing in front of 100,000 people is not going to scare him. He’s a lovely boy and I think he’s going to be a superstar."