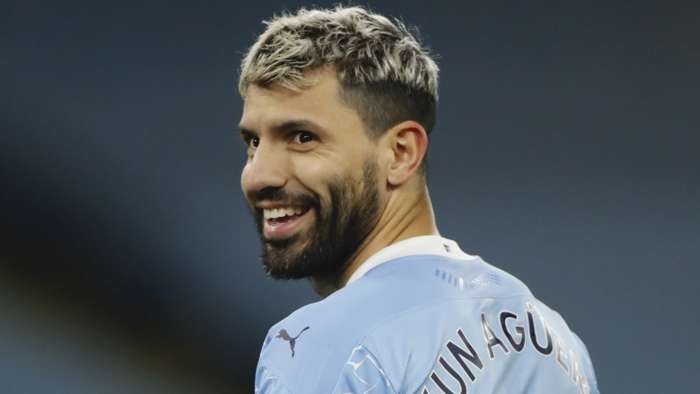 Manchester City manger Pep Guardiola has said Sergio Aguero is "irreplaceable" ahead of the strikers departure this summer.

City confirmed on Monday thatAguero would be leavingthe club at the end of the season,ending a 10-year stay that saw the Argentine become the clubs all-time top scorer.

Though City will likely bring in a new striker to help fill Agueros void,Guardiola admitted that much of what the veteran striker offers wont be replaceable.

"We have still two months ahead, and today I saw the training session, how brilliant he was and his commitment," Guardiola told Sky Sports.

"Sergio is irreplaceable. I could say in terms of numbers he can be replaceable, its not easy when you see more than 360 games played and more than 250 goals, the amount of titles.

"So its the legend, the best striker this club has ever had for this century through the years, but is irreplaceable in the souls, in the hearts, in the minds of our fans, of our people, of the players that played alongside him and all the managers who worked with him.

"Hes a fantastic person, a human being, and Im pretty sure if his mind is still aggressive like he is, he can extend his career longer and longer than maybe two or three or four or five years."

The 32-year-old will leave Cityas a free agent in the summer after establishing himself as perhaps the clubs greatest ever player.

Agueros most memorable moment came on the final day of the 2011-12 Premier League season, as his injury-time winner against QPR sealed Citys first English title since 1968.

The Argentine has scored 257 goals in his City career, becoming far and away the clubs all-time top scorer (Eric Brook is in second place with 177 goals).

Among other personal records, Aguero is the highest scoring non-English player in Premier League history and fourth-highest-scoring player overall.