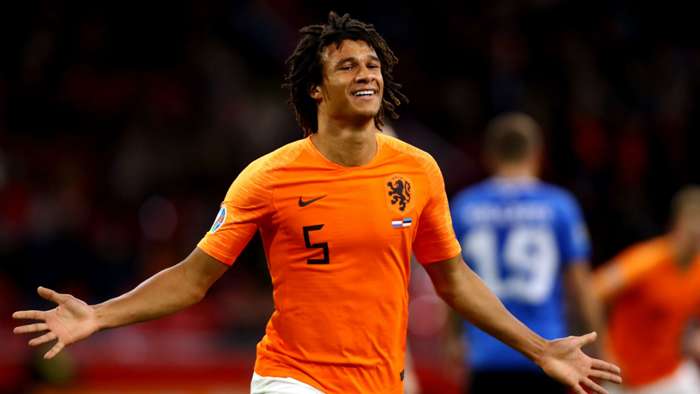 Nathan Ake would have been “a good buy” for Manchester United at £40 million ($52m), says Gordon Hill, with the Red Devils considered to be in need another centre-half to partner Harry Maguire.

The option was there for Ake to be targeted on the back of Bournemouth’s relegation out of the Premier League, but he will be turning out in Manchester for City in 2020-21.

United are having to turn their attention elsewhere as a result, as they look to add again a year on from investing a record-breaking £80m ($105m) in England international Maguire.

Hill hopes another proven centre-half can be found – one to take Victor Lindelof’s place in the starting XI – with a man who graced two FA Cup finals in his playing days telling the Talk of the Devils Podcast: “We still need another centre half. Maguire is not the finished article and he needs help alongside him.

“Nathan Ake would have been a good buy, especially at that price, but he’s gone now – hopefully we can get another player of even better quality in.”

Regardless of the business that United are able to complete before the next deadline passes, Hill believes the club are back on the right track under the guidance of 1999 Treble winner Solskjaer.

He said: “There were some disappointments,but wow, didn’t United have a great time for the majority of that mini-season, and you have to say they exceeded expectations both from the start of the season and then even in March, when going into the lockdown they were some way behind Leicester and Chelsea.

“United finished third, they are back into the Champions League, and they fought until close to the end in three cup competitions. You can’t win them all, and United aren’t at the point where we can expect them to, so to be as competitive as we were has to be a big positive.

“Ole’s done a good job – there’s no denying he was very fortunate to be given such a job in football, but the club made that decision, they’ve also given him time and now they have done so they have to be patient for even longer in order to see the hopeful benefit of what he is putting together.

“United have the league and Champions League kicking off almost straight away when the season begins.