Alaba’s important to Bayern Munich but not irreplaceable like Lewandowski, Muller & Neuer – Matthaus 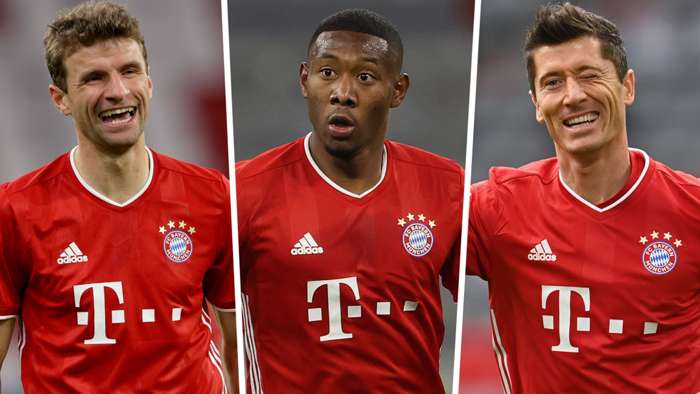 David Alaba remains an important asset for Bayern Munich, says Lothar Matthaus, but the contract rebel has been told he is not “irreplaceable” like Thomas Muller, Manuel Neuer and Robert Lewandowski.

Discussions regarding a new contract have broken down, meaning that a parting of ways could soon be on the cards.

Alaba is only tied to terms through to the end of the season and could either be offloaded in January or allowed to enterfree agency next summer.

Bayern had been hoping to avoid such a situation, and are not yet giving up hope of reaching a compromise when it comes to a new deal, but Matthaus says the German champions are taking the right approach in refusing to be held to ransom.

He told Sky Deutschland: “David is an important player and a face of FC Bayern.That's why they offered him such a great contract.

“Thomas Muller, Manuel Neuer and Robert Lewandowski are a bit more important and therefore above him in the salary structure.David is difficult to replace.Muller, Lewy and Neuer are irreplaceable.

“I hope and still believe that David will play in Munich beyond the season.However, the negotiations have not become easier for him.

“David is now free and in the market and all of Europe now knows that.Now it will show how high the value of Alaba actually is in the midst of a global pandemic and whether his team of advisors has gambled away.”

Alaba has been accused of shunning a lucrative offer from Bayern, leading to talks being shelved, and Matthaus wants the 28-year-old to come out and state in public whether he is making future calls based on sporting factors or financial gain.

The Bayern legend added: “After several attempts, Bayern withdrew the lucrative, fair and absolutely appropriate offer to David Alaba and I can understand that well.

“At some point you have to position yourself as a club and set an example.They have now done that.

“The offer of €11m plus a further €6m as bonuses is not child benefit.Who is making that much money in our society?

“Solidarity is especially important now in the Corona period.And that also especially applies to soccer stars.

“FC Bayern has always been one of the clubs in the world that treat and pay their players with respect.The offer for David is more than fair and generous.

“In any case, it is very surprising that these negotiations have been going on for so long.

“If David is looking for a new challenge, it should have been communicated much earlier and more clearly.If he is only interested in more money, then unfortunately he has chosen the wrong time.