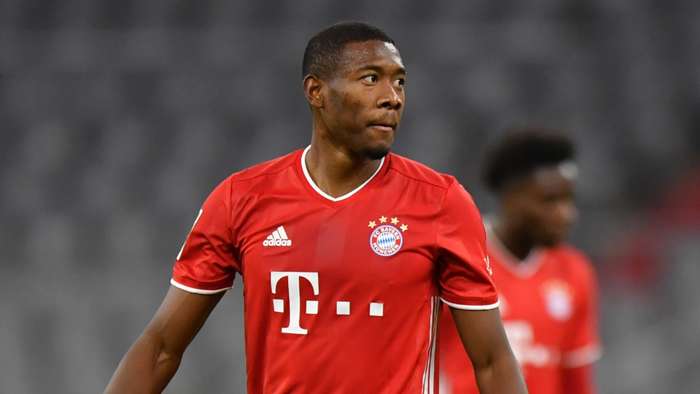 The Switzerland defender has been a cornerstone of the Bayern backline for almost a decade, having come through the Bavarian club's academy after making the move to Germany at just 16 and going on to rack up almost 400 appearances to date.

In recent seasons he has undergone a transformation on the field, moving into the centre of defence - a switch which among other things has allowed Canada sensation Alphonso Davies to take Germany and Europe by storm as Alaba's successor at left-back.

Bayern caused a stir at the start of November, though, when they announced they had withdrawn their offer of a new contract after failing to come to terms with the star defender.

Alaba is out of contract next summer, meaning that he will be free to discuss a transfer with foreign clubs from the new year onwards.

While the defender's future has become the subject of numerous public statements from both Bayern and his management team he has remained largely silent on the issue, although he did admit that Bayern's willingness to include him in a mooted swap deal was "a slap in the face".

But his father insists that the constant speculation is taking its toll.

"He is so disappointed and upset because so many falsehoods are being aired in public," George Alaba explained toAPAon Wednesday."I don't know how this will proceed."

Liverpool are one of the teams linked with a possible move for Alaba, and the Reds could even strike as early as January to ease the defensive crisis which worsened on Wednesday with news of Joe Gomez's knee injury.

Bayern, however, have not ruled out a new deal for their long-time star, with CEO Karl-Heinz Rummenigge leaving open the possibility of a future accord.

"The door is still open a crack,” Rummenigge toldSky Deutschlandover the weekend.