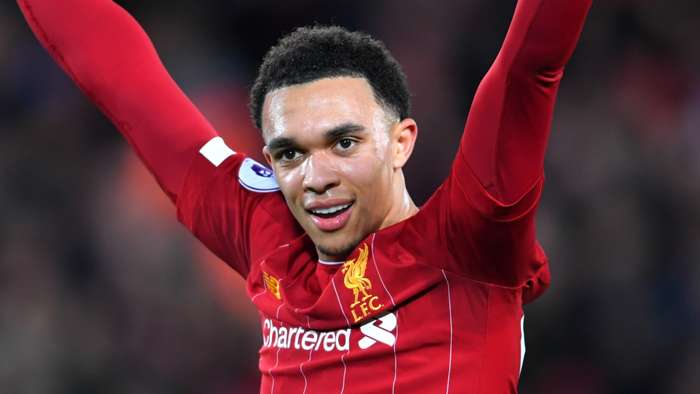 Trent Alexander-Arnold, the newly-crowned PFA Young Player of the Year, has warned Liverpool’s domestic and continental rivals that the “sky is the limit” for both him and the Reds.

A memorable 2019-20 campaign saw those at Anfield add a Premier League title to the Champions League crown they had claimed a year earlier.

Jurgen Klopp has brought the best out of those at his disposal, with a number of key men performing at the peak of their powers.

Alexander-Arnold, who is still just 21 years of age, falls into that category, with plaudits continuing to rain down on the buccaneering full-back.

His efforts have been recognised by his peers in the awarding of a PFA prize, but he says there is still “so much potential” in his game that can be unlocked as he hits even greater heights.

Alexander-Arnold told Liverpool’s official website: “There’s so much hunger. There are certain mentalities that are instilled in you from habits all the time, from the people around you that make you think like that, the manager, the staff and the way the club is run.

“There’s just always something more you can achieve, you can never settle on what you’ve achieved so far.

“For me, there’s a lot more to achieve and I know there’s still so much potential to reach. For me, really, the sky is the limit. That’s what I’ve got to aim for. I’ve just got to keep working hard and hopefully I’ll be able to achieve more moments like this.”

While Alexander-Arnold is targeting continuous improvement as an individual, he also believes that Liverpool can continue to thrive as a collective and add even more honours to their ever-growing collection.

The England international added: “It’s all I’ve ever known, so to be able to play for this club and to represent them on a day-to-day basis is a dream come true.

“I’m living the dream every day, and to have special days like this when I’m able to just smile at winning trophies means as a club and as a team we’ve done the right thing and we are on the right track to achieving the things we want to achieve.

“Over the last two seasons we’ve done amazing things and I think we’ve still got a lot of potential to give.

“We know we can still achieve more things. That’s the exciting part and I think it’s an exciting time to be a Liverpool player.”