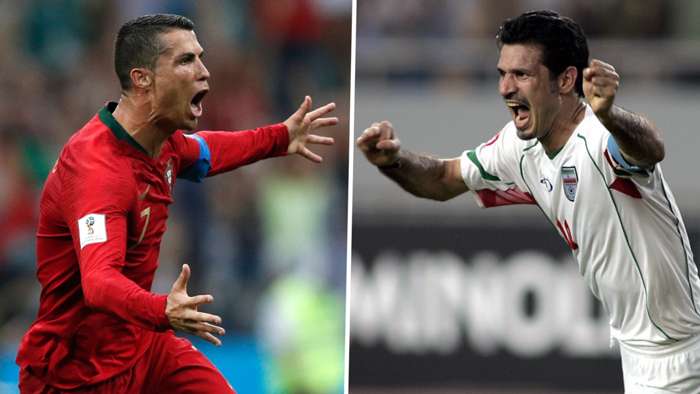 Ali Daei “sincerely hopes” that Cristiano Ronaldo will break his international goalscoring record, with the Portuguese superstar just seven efforts short of the Iranian’s mark of 109.

With Ronaldo hitting the back of the net in a 7-0 mauling of Andorra, he now has 102 goals for Portugal to his name and that return has him sat second on a notable chart and chasing down another entry in the history books.

The Juventus forward is now 35 years of age, but he is showing no sign of slowing down and is expected to pass Daei at some stage.

An iconic figure from the past, who managed his haul for Iran through just 149 games, claims he would be happy to see an all-time great overtake him and raise a remarkable bar a little higher.

Daei told Record: “I sincerely hope that Cristiano Ronaldo will reach my goal record for the national team.

“In no way would I be hurt, it would be a real honour for me if a player of his class could do it.

“Cristiano Ronaldo is one of the best players not only of his time, but of all time. He is an absolute phenomenon.

“I would congratulate him directly. But first he has to get there.

“Cristiano Ronaldo already has 102 goals for Portugal and will beat my record, I'm sure of that, but he still has seven goals to go.”

Ronaldo has one more outing to take in for Portugal before domestic action resumes in November.

He has been unable to guide the defending champions back into the Nations League Finals, but their 2020 campaign will come to a close with a trip to Croatia on Tuesday.

Ronaldo will be looking to edge ever closer to Daei in that contest, but Fernando Santos claims no-one in the Portugal camp is allowing record-chasing exploits to become a distraction.

He has said: “Nobody will be thinking about Cristiano.

“The other players will not be thinking about not scoring in order to give the chance to someone else.