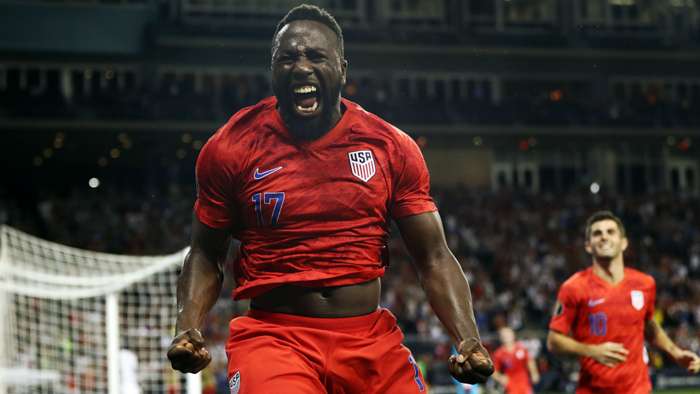 Jozy Altidore, Jordan Morris and Bryan Reynolds headline a group of players that will gather in Florida for a combined camp featuring U.S. men's national team and U.S. Under-23-eligible players.

Included among those players are veterans Sebastian Lletget, Walker Zimmerman and Paul Arriola, while Tristan Blackmon is the lone player joining USMNT camp for the first time.

The USMNT is preparing for a busy year, with the Gold Cup, Nations League and World Cup qualifying all on the agenda.

The senior team will train alongside a group of U23s from January 9-24, at which point several U23 players will be elevated to the full USMNT roster for a planned friendly at the end of the month, widely reported to be against Serbia.

“This is an important year for our National Team programs, and we are looking to maximize every possible opportunity,” Berhalter said. “For the senior team players, this is an opportunity to continue to develop as a group and build on the foundation of a busy and challenging year.

“Being alongside our U23 team gives that group a chance to prepare for Olympic qualifying while further integrating into our culture and game model.”

Headlining that U23 team is Bryan Reynolds, who joins up with the U.S. as rumors continue to swirl linking him to Juventus.

The U23s are gathering as a group for the first time since the suspension of the CONCACAF Men’s Olympic Qualifying Championship last spring, with head coach Jason Kreis now beginning preparations for that rescheduled tournament to kick off in March.

“With Olympic qualifying approaching quickly, this training camp is a great opportunity to prepare ourselves and evaluate some new faces,” Kreis said.

“While 2020 was a very challenging year, it was impressive to see so many U23-eligible players make major strides on the field. Some of them have been involved with the senior team over the last few months and it’s exciting to now get our players and staff back together in camp alongside Gregg and his group as we prepare for a very important qualifying tournament.”

Here's a closer look at both squads