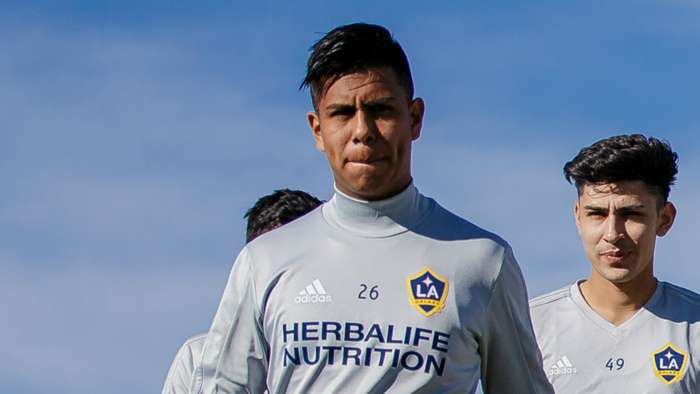 The pressure Efrain Alvarez has received from the U.S. and Mexico mens national teams in recent months has taken a heavy toll, his father said, with the Los AngelesGalaxy dual national struggling to choose which senior squad to join on a permanent basis.

Alvarez will be part ofMexicos friendly roster this month, but the midfielderhas also spent time in USMNT camp and remains undecided on his future.

The 18-year-old is considered one of North Americas brightest prospects, and whichever nation he picks would receive a significant long-termboost from his services.

Crescencio Alvarez, the father of Efrain, spoke withTUDN about the choice ahead.

"These are very tough decisions because the federations are traumatizinghim because theyre calling him in at the same time," he told the outlet. "Wherever he decides to play, were going to support him.

"I dont want my son to blame me for picking [one of the two national teams], hes an adult now."

Alvarez was bornin Los Angeles and grew up there, but his parents were born inMexico and he has most recently represented El Tri at the youth level.

He currently plays professionally for the LA Galaxy, where he has already made 30 senior MLS appearances.

Moving to the USMNT on a permanent basis would require a one-time, binding switch permitted under FIFA regulations.