Ampadu needs to decide whether he has a future at Chelsea, says Giggs 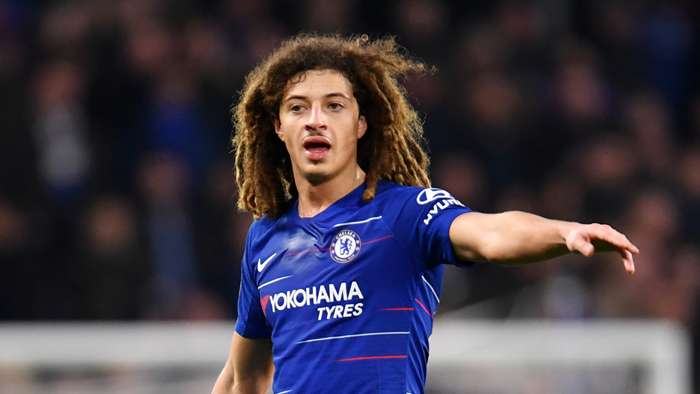 Wales manager Ryan Giggs believes it is time for Ethan Ampadu to decide whether he wants to stay and fight for more minutes at Chelsea or move on to a club where he would be guaranteed more first-team action.

At club level, however, the centre-back has struggled for regular playing time, making just 12 appearances for Chelsea since moving to Stamford Bridge from Exeter at the age of 16.

A loan spell at RB Leipzig last season also failed to provide Ampadu with much-needed matches, and the arrival of Thiago Silva at Chelsea threatens to push him further down the Blues' pecking order.

And while Giggs believes Silva's example could prove valuable to the youngster's development, he also admits that there is no substitute for playing - something which is far from certain at the Blues.

"Thiago is a quality centre-half and you can only learn from someone like that," Giggs told reporters ahead of Wales' upcomingUEFA Nations League clash withBulgaria.

"I want all the players to be playing regularly, but that sometimes isn't the case.

"It's that balance over whether they're at a top club and surrounded by top players and improving every day, but ultimately you need minutes on the pitch.

"That's a decision for Ethan. I've talked to him a lot about that.

"I think last year was maybe a little bit different as he had injuries. You could see from the game he played against Tottenham in the Champions League he was outstanding.

"Nothing fazes him, he's a quality player, and he just needs to keep fit now."

Wales enter Sunday's clash at the top of the Nations League's Group B4 after downing Finland in their opening match of the competition, and Giggs was pleased with what he saw from his charges in their first game for 10 months due to the coronavirus pandemic.

"Confidence is high because of the three wins even though they're obviously not close together," Giggs added.

"I'm really pleased with the momentum we've got at the moment, which is hard to get in international football.

"We've picked up from where we left off with regards to training.

"It wasn't a classic performance the other day, but I was really happy with the win because we had to grind it out.