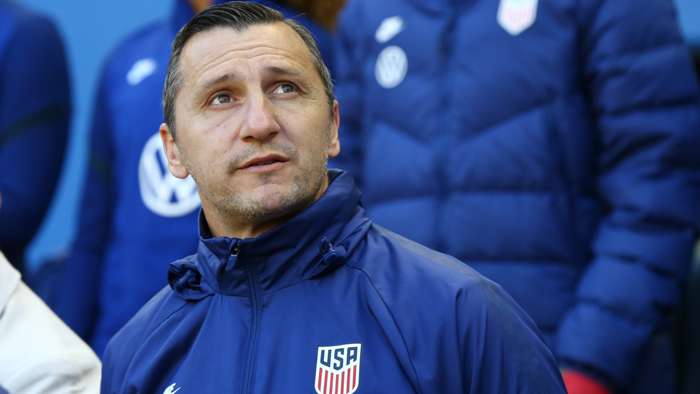 The roster was light on surprises, with Andonovski naming a strong team as the USWNT continues preparations for the Olympics this summer.

The USWNT will faceSweden in Stockholm on April 10 before taking onFrance in Le Havre on April 13.

“I give our larger pool of players credit for always making selections difficult, but this group going to Europe has shown consistent quality in their performances as well as in their abilities to contribute to the overall chemistry of the team,” Andonovski saidin a federation release.

“We still have much evaluation to do from trainings, international matches, NWSL matches and overseas club matches before selecting the Olympic team, but I’m really looking forward to these two games for what adversity they will bring.

"The exciting thing is that I know our players have the talent and mentality to meet those adversities with a great energy and overcome them.”

There were few surprises on the roster asAndonovski begins to zero in on an 18-player squad to bring to Tokyo for the Olympics this summer.

Sam Mewis returns to the team after missing last months SheBelieves Cup due to injury, but Tobin Heath is still recovering from an ankle injury and misses out.

At goalkeeper,Andonovski has again omitted longtime backup Ashlyn Harris, with Jane Campbell appearing to be his current choice to deputize for starterAlyssaNaeher.

Other notable omissions are defenders Casey Krueger and Ali Krieger, as well as midfielders Jaelin Howell and Andi Sullivan.