Arsenal captain Aubameyang: I've been struggling a lot this season 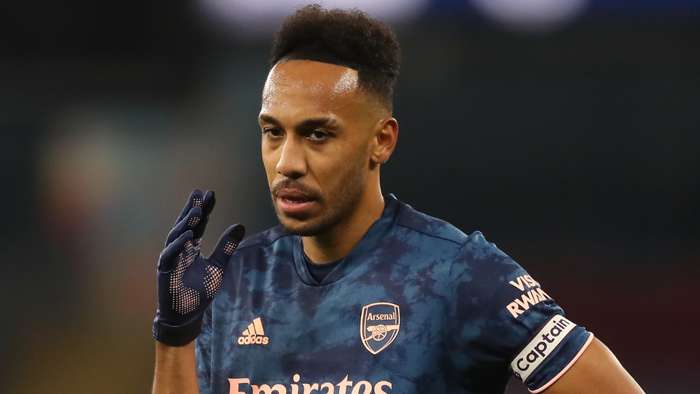 Arsenal captain Pierre-Emerick Aubameyang admits that he has been “struggling a lot” to replicate his best form this season, but feels that he has the tools and the attitude to turn things around as the Gunners look to climb the Premier League table after a poor start to the 2020-21 campaign.

Aubameyang has failed to live up to his own high standards this term, however – by his own admission – but has promised fans that he continues to give his all for the cause and believes he has what it takes to re-establish himself as Mikel Arteta's top striker.

Speaking to Sky Sports, the 31-year-old said: “From the beginning of this season I was struggling a lot but I think this is part of football.

“We gave a lot at the end of the season to win the FA Cup and to qualify for the Europa League because it was really important for the club.

“Sometimes you have ups and downs and you have to manage as best you can. I tried my best and until now it was not the best performance from me.

“I'm still positive. I think I can turn this around.”

A self-confessed “quiet, cool and calm” personality behind the scenes, the forward conceded that it has been tough going being a leader for his team-mates at a time where his individual performances have been sub-standard.

“It's really hard to manage both but you have to be as positive as you can because the team needs you,” the former Dortmund man added. “I always try to give my best, not only on the pitch but also in the dressing room for the guys.

“Sometimes it's hard and maybe you are not in the right mood but you have to find a way to change it and give positive vibes for the guys.”

Having now won four games on the bounce, however, a win against Crystal Palace on Thursday would provide further momentum for an outfit chasing qualification for European football next season – and Aubameyang feels the tide could be turning at the Emirates.