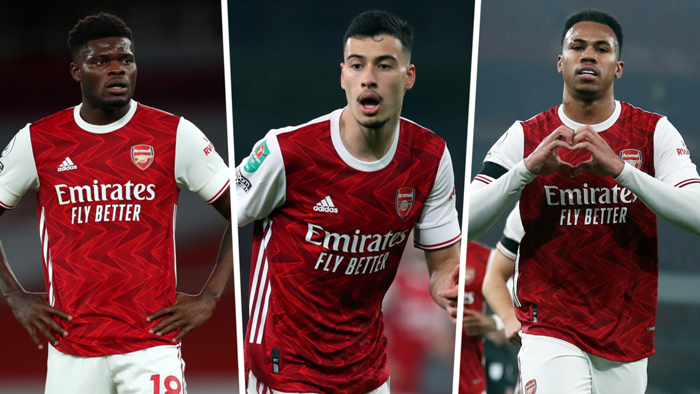 Gabriel Martinelli will have a scan on Monday, with Arsenal hopeful the Brazilian attacker’s ankle injury is not as bad as first feared.

He watched the second half from the stands while wearing a protective boot and Arteta admitted after the game that the initial signs did ‘not look good’ for the 19-year-old.

But, having seen Martinelli at the training ground on Sunday, Arteta is now in a slightly more positive mood and is hopeful the scan results will show the forward does not have to spend too long on the sidelines.

“We don’t know how bad it is, he’s getting a scan this morning,” Arteta said on Monday. “He didn’t look good after the game because he was in a lot of pain, but yesterday he tested a little bit better.

“So let’s hope he has the scan and it’s not as serious and we can have Gabi back really soon. But we will know more on Tuesday.”

Arsenal take on Crystal Palace in the Premier league on Thursday night looking to make it five successive wins in all competitions.

The Gunners could have their two main summer signings available for the clash, with centre-back Gabriel Magalhaes and midfielder Thomas Partey both expected to return following lay-offs.

Gabriel has missed the last four games having tested positive for coronavirus, while Partey hasn’t played since limping off with a thigh injury during the north London derby defeat at Spurs on December 6.

But Arteta is hopeful both could make their returns against Palace later in the week.

“Gabriel had a training session the other day,” said the Arsenal boss. “He tested positive, he had very mild symptoms, so he’s missed a few weeks of training because he had to be isolated.

“He’s better now, we expect him to be training with us the next couple of days and we’ll make an assessment whether we can have him or not on Thursday.