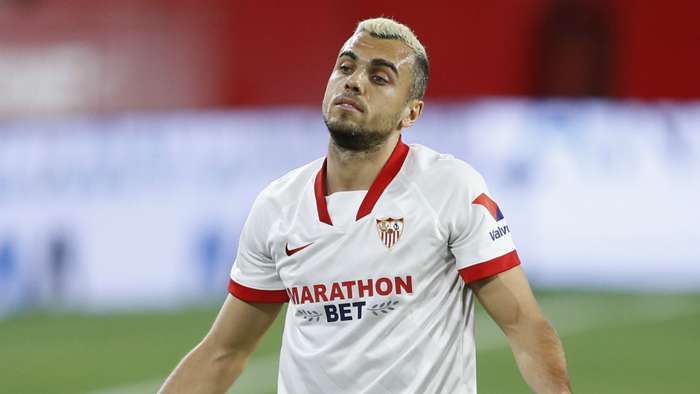 Sevilla midfielder Joan Jordan has sparked talk of interest from Arsenal, but a man with a £55 million ($75m) release clause claims to feel “super comfortable” in his current surroundings.

Mesut Ozil has been frozen out of Mikel Arteta’s plans and 20-year-old academy graduate Emile Smith Rowe has only recently been given the chance to stake a serious claim for a regular role.

His form could see Arteta shelve any plans to acquire more playmaking talent, but options continue to be weighed up in north London.

Jordan is among those said to beon the recruitment radar at Emirates Stadium, with the 26-year-old impressing in La Liga and during thesuccessful Europa League run for Sevilla in 2019-20.

It has been suggested that his signature could be secured for less than the asking price set out in his contract, but the Catalan native will not be pushing for a switch any time soon.

He told Estadio Deportivo when quizzed on transfer talk: “In the end, these are just things that come out, like the many things that were said, the rumours, when I was at Eibar.

“I have always been very clear about the present,the future does not feed me, it takes away from me and does not give me the energy I need.

“My mind is genuinely here in Sevilla. I am at a super ambitious club, and I have nothing more to say because I really am super comfortable here, like I was when I arrived here.

“Things can come out, but I tell you my mind today and the people that know me can back me up, it's not that I'm avoiding the question just that really, my mind is on the derby.”

Jordan’s latest outing for Sevilla came in their 1-1 derby draw with Andalusian neighbours Real Betis, with that result not enough to lift Julen Lopetegui’s side into La Liga’s top six.