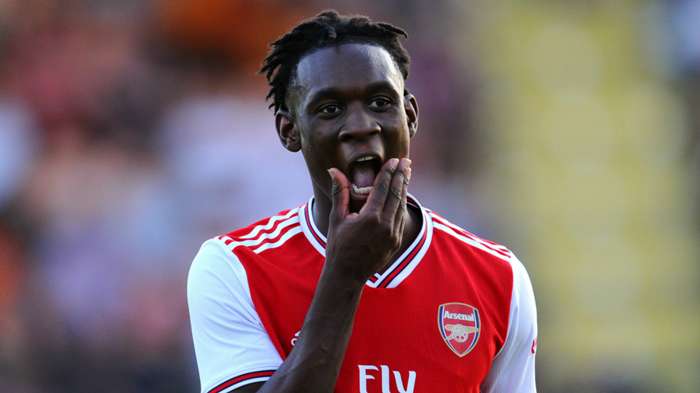 Reports have claimed that the South Yorkshire club have had a £3 million ($4m) approach rejected, amid speculation Arsenal want a deal worth in the region of £15 million ($19m) for the 19-year-old.

Wilder, who has also been linked with a move for Liverpool striker Rhian Brewster, confirmed talks are ongoingto bring Balogun to Bramall Lane.

“We made an enquiry regarding the young man at Arsenal,” Wilder said at a press conference. “That’s been left with the CEO at our club and their football club. We want attributes that suit us and move us forward.”

Balogun has yet to feature for Arsenal’s senior teambut did score on his sole appearance in the EFL Trophy last season against Ipswich Town.

He is one of the most highly-rated youngsters at the club and led the way for the Under-23s last season, scoring 10 goals in 15 appearances, but he now looks certain to leave in the transfer window after talks over a new contract broke down, with his current deal due to expire next summer.

Arsenal have been focusing on securing the best possible price for the academy product, with any deal certain to include a hefty sell-on clause.

The Gunners rejected a £5m ($6m) offer for Balogun from Brentford in January and had hoped at that point that they would be able to reach an agreement with the teenager for extending his stay.

Sources toldGoal earlier in the summer that Arsenal wanted the England youth internationalto sign a performance-based deal, one that the club believed could have been very lucrative for the player should he go on to hit the targets set out in the contract.