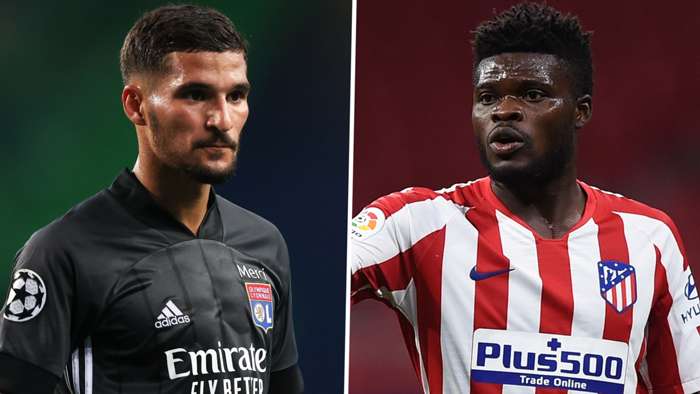 Arsenal are taking the right approach in seeking midfield reinforcements, say Nigel Winterburn, with Mikel Arteta being urged to prioritise Thomas Partey over Houssem Aouar if only one top target can be snapped up.

The Gunners are currently exploring options in Spanish and French markets.

Atletico Madrid midfielder Partey has registered on the recruitment radar at Emirates Stadium for some time, while Lyon playmaker Aouar has become a much sought-after talent at just 22 years of age.

Winterburn admits that any opportunity to land both should be embraced by Arsenal.

He is, however, not convinced that a double deal can be pulled off, given the financial constraints in north London, and feels Partey’s power should be favoured over Aouar’s flair if a tough call has to be made.

The former Gunners defender told FreeSuperTips: “Thomas Partey and Houssem Aouar are the right sort of names to be linked with Arsenal.

“At times,for long periods,Arsenal have good possession of the ball. But when teamssetupdefensively,theystruggle to break the opponent down.

“Lastweekend in a 2-1 win over West Ham was actually a poor performance by Arsenal,butI’mhappy about the resultbecauselast season that would have been a game thatArsenalwould have lost.

“Hetakes the ball in tight situationsandhas the power and the ability to go past the opposing midfield players.Once you start to eliminate in this way, as Parteydoes, you tend to open space in and around theopposition’s defence.WithArsenal'spaceup front, they cantake advantage of this and causesomedamage.

“As alwayswith Arsenal it takesa long time to get things done. We're just going tohave to again wait and see, butI don’t believe thatArsenalhavethe money to bring them both in.