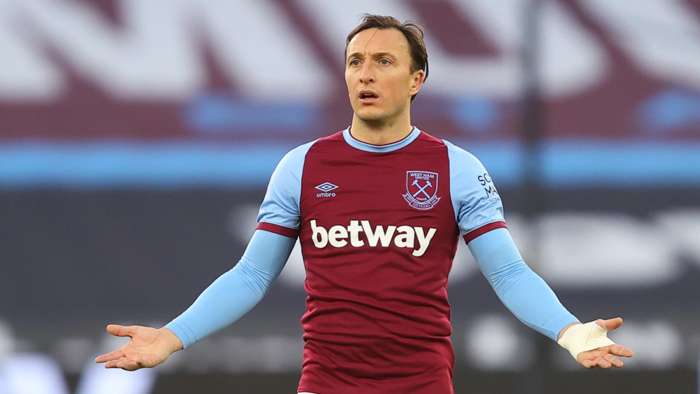 Mark Noble has dropped a retirement hint at West Ham, with the 33-year-old midfielder admitting that he does not have “too long left”.

Game time has started to dry up this season, as younger options such as Declan Rice come to the fore, and Noble concedes that the day is fast approaching to hang up his boots.

“I am 34 in May, I have not got too long left but I am going to enjoy every minute of it,”Noble told West Ham TVafter captaining the Hammers in their1-0 FA Cup defeat to Manchester United on Tuesday.

“To play out there at Old Trafford for maybe the last time, because whether I will play next year we do not know, and playing at the Theatre of Dreams …

“I am just gutted for all the West Ham fans and the boys are gutted because it was a good game of football, end to end, we gave everything and walked off with nothing left.

“You might think I’d be sick of the sight of Old Trafford after all these years, but it is quite the opposite really. You look around and what a place to play. It is sad because I’m not going to get to play there too many times again, so it is a real shame.”

Noble added on the minutes he is seeing this season: “Being able to captain these players in this time has been fantastic.

“Now we need to concentrate on getting into the European places. That is our main aim now, to keep winning and getting into good positions and to push this club on to be the best it can be.”

Noble made his senior debut for the Hammers in January 2005, when they were a Championship club.

One more season has been spent outside the Premier League since then, but the vast majority of the last 16 years have been taken in as part of English football’s elite.

In total, Noble has seen 518 appearances for West Ham.

Of those, 452 have come in league competition, with 60 goals recorded along the way.

He has been captain of the Hammers since 2015 and was the last man to lead the club out at Upton Park before their move to the London Stadium in 2016.