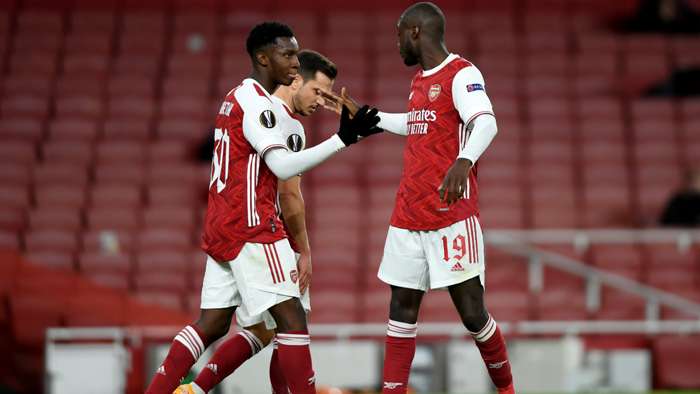 Arsenal will be looking to move clear at the top of their Europa League group when Molde visit the Emirates Stadium on Thursday evening.

Having lost just one of their last 11 matches on home turf in all competitions, Arsenal are 2/7 (1.29)favourites with bet365 to make it three wins from three here.

However, Erling Moe’s team comes into this match on the back of a six-game winning streak and can be backed at 8/1 (9.00)to extend that run with a shock win or 5/1 (6.00)to earn a creditable draw.

Calum Chambers, Pablo Mari and Gabriel Martinelli are all ruled out, although David Luiz could be back in contention following a thigh injury.

Kristoffer Haraldseid is the only absentee for the guests, having been ruled out for the entire season with a cruciate ligament injury.

With the other two teams in the group both on zero points, Mikel Arteta will know that victory in this game could almost seal progression with three matches to spare - an appealing prospect considering this season’s hectic fixture list.

On a high after last weekend’s long-awaited victory at Old Trafford - their first there in 14 years -his side will be confident of easing to victory over a team that was forced to come from behind to win in Dundalk and scraped past Rapid Vienna 1-0 in Norway.

Having won only won six out of 20 Europa League matches on the road, it is hard to see Molde competing against a home side that has only lost three out of 19 in their own backyard in this competition - winning eight of the most recent 10.

All in all, odds of 4/5 (1.80)seem like solid value on a motivated Arsenal winning by at least two clear goals when Molde come to town.