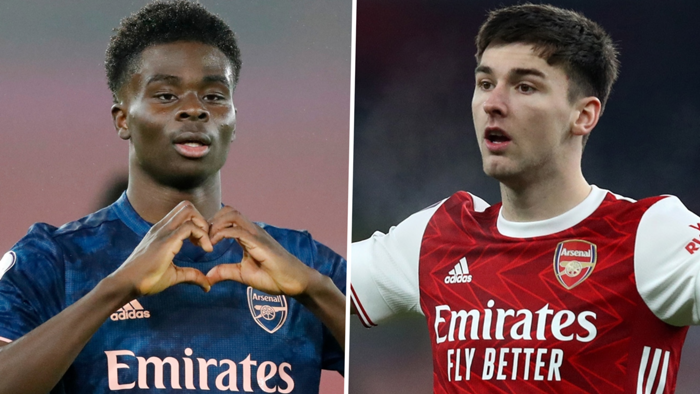 Mikel Arteta says it will be ‘difficult’ for Kieran Tierney and Bukayo Saka to face Wolves on Tuesday night, but the Arsenal boss expects Alexandre Lacazette to play.

That now appears unlikely, however, with Arteta admitting that the key duo struggling in their race to be fit.

“They haven’t been able to train yet with us, so I think it will be really difficult for them,” said the Gunners boss. “I don’t know, we are going to try until the last minute - see how they are feeling.”

Facing Wolves without Saka - who scored in the win at Molineux last season - and Tierneywill be a major blow to Arteta as he looks to guide his side to what would be a sixth victory in eight Premier League games.

He also looks set to be without Pierre-Emerick Aubameyang once again, with the Gunners skipper yet to be given the green light to link up with the squad following his trip abroad to be with his ill mother.

Arteta admitted after Saturday’s game that conversations were ongoing with the Premier League and the government over Aubameyang’s return, with strict Covid-19 protocols needing to be adhered to.

As it stands, those conversations have yet to come to a positive conclusion for Arsenal, although Arteta hasn’t totally ruled out the possibility of the striker being available to face Wolves.

“There is still some things to clear up,” he said. “Maybe yes, maybe no – we are still doing so paperwork at the moment.”

One player who should be available, however, is Lacazette. The Arsenal forward had to go to hospital after Saturday’s game having suffered a heavy landing in the closing stages of the goalless draw following a challenge with Harry Maguire.

Lacazette underwent some tests after he landed on the back of his neck, but was quickly given the all clear to return home.