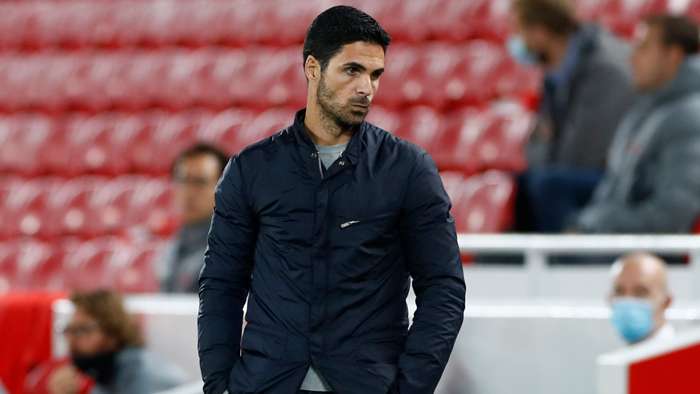 Arsenal manager Mikel Arteta added his voice to those disappointed by the Premier League's decision not to allow five substitutions this season, suggesting it will lead to "really bad news".

The alteration was intended to protect players as a long spell without matches was followed by a frantic schedule.

But while other competitions – including the Champions League – have maintained the same rules for the new campaign, with games still coming thick and fast, Premier League sides voted against continuing the measure.

A host of leading managers – such as Jurgen Klopp and Ole Gunnar Solskjaer – have announced their displeasure, although teams further down the division are thought to believe the additional changes unfairly favour the stronger squads.

Arteta is able to make five subs in Europa League matches, but he worries a Premier League injury crisis is looming.

"I would strongly support five changes in England," he said. "We are here to give the best possible show. We need the players.

"They are the most important part of that. We have to protect them. It goes on and on and on.

"We're going to have some really bad news with players that we are not respecting."

There is little sign of the calendar easing, too, with three matches in the November international break as national teams build towards the European Championship at the end of the season.

"It's not a coincidence, the percentage rate of muscular injuries," Arteta added. "Intensity is not going to go down, the level of demands, the quality.

"Every match will be so competitive. Players will get injured."

As with most managers at present, Arteta admitted that he will be rotating his squad for Thursday evening's European tie with Molde.

“We'll see some changes tomorrow again,” the Spaniard said. “I believe we have to manage the minutes and exposure we get with the players with the amount of games they have.