Arteta rules out Newcastle move for Holding, telling Arsenal defender: Change your mind because you're not going anywhere 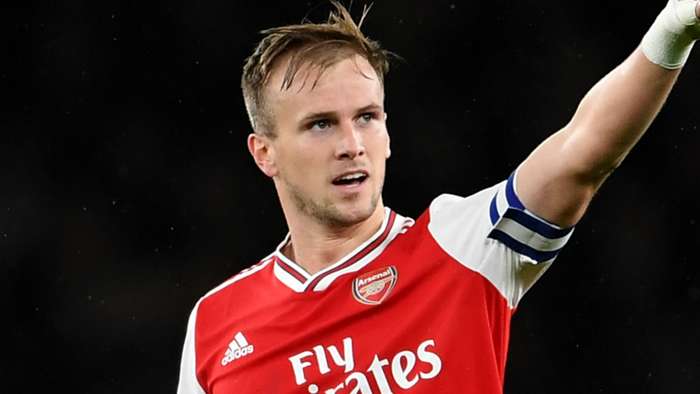 Mikel Arteta has confirmed that Rob Holding, who was tipped to join Newcastle United on loan, is now set to stay at Arsenal.

Holding had been heavily linked with a move to Newcastle as Arsenal look to raise transfer funds and reduce the number of centre-halves in their squad.

However, Holding started the opening game of the season at Fulham and impressed in a 3-0 win to leave Arteta ruling out a departure for the defender.

"I said to him 'change your mind because you're not going anywhere'," he said.

"Rob is another who stands for every value we want at the football club. He had a really difficult time but he trained and why would I have to let him go? He's already playing, what more do you want?"

Following the victory at Craven Cottage,Arteta reiterated his hopefor good news on Pierre-Emerick Aubameyang's contract "in the next few days".

The Gabon striker scored the Gunners' third at Fulham and has nowhit 55 goals in the Premier League since his debut on February 4, 2018, which is more than any other player in the competition in that time.

However, the 31-year-old's future has been the subject of intense speculation in recent months, with his contract expiring in 20201.

Arteta stated this week that Arsenal fans could feel "pretty relaxed" about the player's future and he suggested again on Saturday that a positive update is around the corner.

"I'm really positive we're going to get it done and in the next few days hopefully we have some news," he told BT Sport.

Arteta was thrilled with his side's performance against Fulham, who had no response to the goals from Aubameyang, Alexandre Lacazette and debutant Gabriel.

Willian also enjoyed an impressive first outing for the Gunners, forcing the chance for Lacazette to open the scoring before assisting his side's further two goals.

"I wanted to see my team determined to come to this difficult ground against a really good team and do the things that we trained and show the spirit we showed again today," Arteta said.

"They've been training really well. For Gabriel, it was a big challenge to come to this small ground in the Premier League. I think he didn't play for six months with everything that happened in France.

"Mo Elneny again I thought did brilliant today. All the boys tried really hard;the ones that came on have to push these guys again."

He said of Lacazette, whose own future has been somewhat uncertain:"Yes, he is in my plans, he's a player I like a lot, but he knows he has Eddie Nketiah at his back, or next to him, I would say, and whoever is in better shape is going to play.