‘As a striker, you want to score’ – Werner admits personal disappointment despite strong performance in Chelsea win 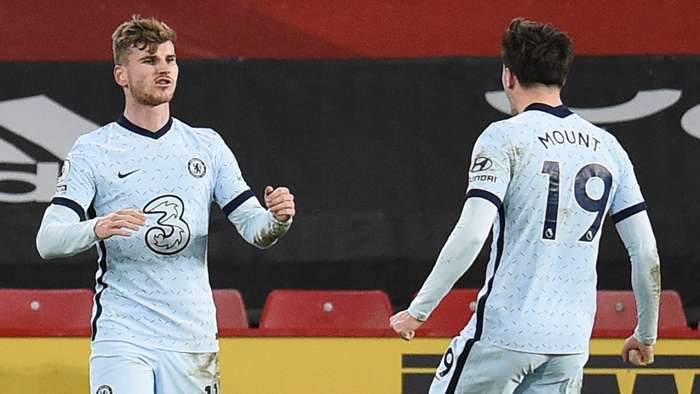 Chelsea striker Timo Werner has admitted that his goal drought is starting to get to him – despite fashioning two goals as the Blues overcame Sheffield United away from home.

However, the overriding emotion was pleasure at the victory – and that also goes for Werner, though the former RB Leipzig man admitted that it was tinged with frustration.

The 24-year-old has not scored since November, when the Blues last faced the men from the Steel City.

“Overall a good win for us, difficult against a high defending Sheffield United and proud that we continue our last wins,” he told Sky Sports .

“For myself, again there was no goal but it is good to see I can help the team with other things.

"I am happy when we win and with two assists, but as a striker you want to score, it has been a long time and I have not had this long without in my career. The goals will come.”

He brushed off the suggestion that he should have been allowed to take a penalty after winning it.

"In the future, maybe I can take a penalty but at this moment, I need to score some normal goals before taking a penalty,” he said.

"It was a clear penalty and I was shocked it was not given straight away. The VAR helps the referee."

Meanwhile, Werner is full of praise for compatriot Tuche, who has overseen three wins and a draw since taking charge of the Stamford Bridge outfit, propelling them back into the Champions League reckoning in the process.