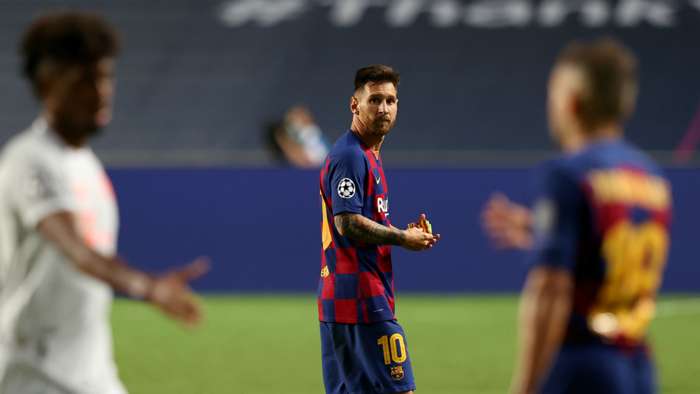 The champions of Germany will not be entering the summer’s biggest recruitment race, with Dietmar Hamann saying “as stupid as it may sound, a Lionel Messi transfer would make little sense for Bayern Munich at the moment.”

Thesix-time Ballon d’Or winner is pushing for the exits at Camp Nou, but the Allianz Arena will not be his next port of call. That is because Bayern, who do not possess the funds required to pursue a deal even if they wanted to, are already well-stocked for attacking talent in a treble-winning squad.

Hamann, who emerged through the academy system in Munich to launch his own career, toldSky Deutschlandof the Messi saga: “I was not really surprised by the news that he wanted to switch.

"After the 2:8 debacle against Bayern, I had expected that something could happen. Barca have rarely been as far away from a Champions League triumph as they are at the moment.

“I'm pretty sure Messi didn't like making that decision.His first option was always to end his career with the Catalans.He has been in Barcelona since he was a child, lives there with his family and is adored in the city and by its followers.

“The question now will be who can and wants to afford Messi?For me the chances are currently 50/50.In the club they will do everything they can to ensure that this worst-case scenario does not occur.Should a change in leadership or a restructuring of the boardroom be necessary, Barca's leadership will have to consider that too.

“However, should that not happen and not be enough for Messi, I see the Premier League as the most likely option.It will definitely be very exciting times.

“It will also be exciting to see what FC Bayern is doing now.If a club can get the opportunity to sign the best player in the world, then you have to at least explore the option. And if there is a good time, it is now after the CL triumph.Everyone is happy and I think any player would understand that the club should at least try.

“However, I'm pretty sure that Hansi Flick is very happy with the current situation and his team would possibly even use his veto.The trainer has a functioning team and all positions are practically doubly occupied.

"Now Leroy Sane joins the team.Then you already have three of the best wingers in the world with him, Serge Gnabry and Kingsley Coman.In addition, Bayern icon Thomas Muller is back in top form and almost indispensable for the team.