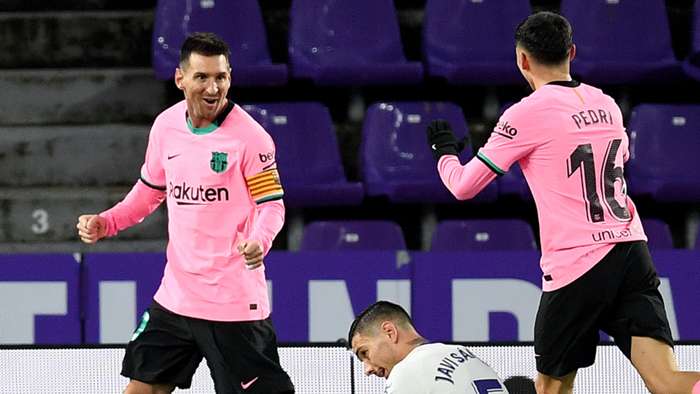 Barcelona are aiming to improve their fairly average away record when they travel to San Mames on Wednesday evening to face Athletic Club in La Liga.

The Catalans have won just three of their seven matches away from the Camp Nou and face an Athletic side who will be keen to hit the ground running under new manager Marcelino Garcia.

The Basques parted company withGaizka Garitano on Sunday despite recording their fifth home winof the season, andare offered at 16/5 (4.20) with bet365 to claim another victory.

The hosts are without Peru Nolaskoain and Yeray Alvarez while Unai Lopez is a doubt as well.

Barca are still missing Gerard Pique, Ansu Fati and Sergi Roberto who have been sidelined with long-term injuries. Philippe Coutinho is also facing an extended spell out after undergoing surgery, while Samuel Umititi is a doubt.

Barca were in action on Sunday evening as they scraped a 1-0 win at bottom club Huesca, despite creating plenty of opportunities and amassing 70 per cent possession.

A lack of a clinical edge has dogged the Catalans this season, especially on the road where they have only managed nine goals -compared to 21 strikes netted at Camp Nou.

Athletic are far from prolific themselves, though, having notchedjust 11 goals in eight home games and have also failed to score three times at San Mames during the current campaign.

The statistics point to a low-scoring game on Wednesday evening and the history of this fixture also underlines that suggestion, with each of the last seven meetings between these two sides in all competitions seeing fewer than three goals scored.

Under 2.5 goals is priced at evens (2.00) and looks like an excellent option, while combining this selection with both teams to score 'no' sees the odds rise to an extremely healthy 6/4 (2.50).