Atlanta announce $18m sale of Martinez to Saudi side Al-Nassr 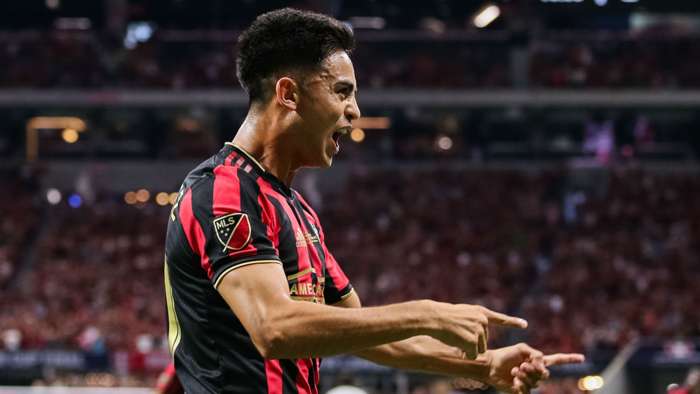 Atlanta United have announced that midfielder Gonzalo “Pity” Martínez has been sold to Al-Nassr of the Saudi Pro League.

Martinez originally joined the club in January 2019, becoming one of the most expensive transfers in league history as he signed on from River Plate in a reported $14 million deal.

It was at River that Martinez emerged as a superstar, having won the 2018 South American Player of the Year as he led the Argentinepowerhouse to a Copa Libertadores crown.

But he never reached those heights during his time at Atlanta, as he scored five goals and recorded nine assists in his first MLS season amid difficulties under first-year manager Frank de Boer.

Still, despite a difficult season that saw De Boer's Atlanta team struggleto build on the success of previous manager Gerardo 'Tata' Martino, the club did win the Campeones Cup as well as the U.S. Open Cup.

This season, Martinez had seemingly found his form, firing four goals and four assists in 10 total appearances between league play and the CONCACAF Champions League.

De Boer was dismissed following a dismal performance at the MLS is Back Tournament, with Atlanta United earning five points from four matches under interim boss Steven Glass since the league's restart.

However, the 27-year-old Martinez will now head to Saudi Araba, with Atlanta United confirming that the sale will join Miguel Almiron's $27m(£20m) move to Newcastle as the two most lucrative sales in MLS history.

According to the Athletic, Atlanta United will receive$18m (£14m) in the deal, earning a profit on the midfielder after a season-and-a-half stay in MLS.

“We want to thank Pity for his contributions to our club for the past two years,” said Atlanta United vice-president and technical director Carlos Bocanegra.

“He will forever be a part of Atlanta United’s history after playing an integral part in our 2019 season in which we lifted two trophies. We’ll look to be diligent in our efforts to fill that roster spot during this window.”

With Martinez's departure, the club frees up a Designated Player spot as well as an international spot.

Josef Martinez and Ezequiel Barco currently occupy the club's other two DP slots, with the former currently out of action after tearing his ACL in March.