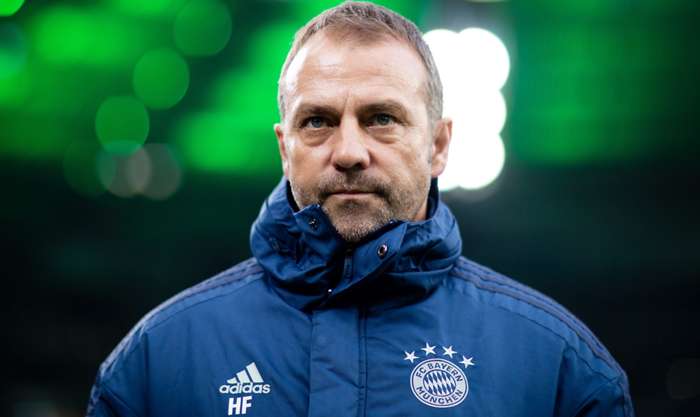 The German champions became the first team to win every single match in aChampions League campaign, beating Paris Saint-Germain 1-0 in the final to lift the trophy for the sixth time in their history.

That triumph completed a remarkable treble for Flick, who also delivered a domestic double after being drafted in as Niko Kovac's successor at Allianz Arena in November 2019.

The 55-year-old inherited the managerial reins on a caretaker basis initially, but was handed a permanent three-year deal in April after inspiring an impressive turnaround in fortunes.

Flick had previously served as assistant coach for Germany and Red Bull Salzburg, and spent five years at Bayern at the height of his playing career.

Despite his impressive resume, Oblak says had never heard of the Bayern tactician before his return to the Allianz, but has been hugely impressed with his recent achievements.

When asked about Flick coming up against Diego Simeone on the touchlinein Europe on Wednesday night, the Atletico shot-stopper toldBild: "I actually didn't know him, I have to admit that. But now, of course, everyone around the world knows him."

"He has won all the titles that could be won. He did great."

Oblak added on Simeone's intimidating persona in the Atletico dugout: "On the outside, it might look like you should be afraid of him. But nobody has to be afraid of Diego.

"He's a normal guy, helps the players a lot, explains what he does on the sidelines, he primarily wants to motivate the players - and the fans in the stadium."

Ahead of Atletico's trip to Germany, the Slovenian also reserved praise for his Bayern counterpart Manuel Neuer,who won UEFA's Goalkeeper of the Year for his performances last season.

"He's the captain, he's one of the most important players for Bayern," said Oblak: "When Neuer is in good shape, he helps the team an incredible amount.