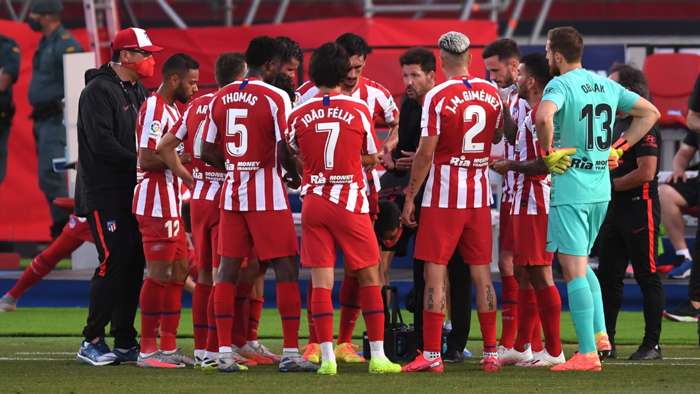 Two members of Atletico Madrid's travelling party for the Champions League quarter-finals in Lisbonhave tested positive for thecoronavirus, the club has confirmed.

Both individuals, who have not been revealed to be either players or staff members, are currently in self-isolation at home.

"Yesterday, on Saturday 8 August, all members of the first team and the club's traveling party set to head to Lisbon underwent PCR tests at the Ciudad Deportiva de Majadahonda as required by UEFA protocol, in order to participate in the quarterfinals of the Champions League," the club confirmed in a statement .

"Among the results known today, two positives have appeared. Both individualsare isolated in their respective homes, and their results were immediately communicated to the Spanish and Portuguese health authorities, UEFA, the Royal Spanish Football Federation, the Portuguese Federation and the Higher Sports Council.

"The corresponding action protocol foreseen for these cases has been activated, which requires new PCR tests to be carried out on the first team and members of the expedition to Lisbon and the closest contacts of the positive cases.

"These tests will result in changes totraining schedules, and in the structure and development of travel and accommodation in the Portuguese capital.

"The club will coordinate the new schedules with UEFA and as soon as there is a new plan, it will be made public. Werequestthe utmost respect for the preservation of the identity of the two positive cases."

Atletico have not played since July 19, when they concluded their domestic campaign with a 1-1 draw against Real Sociedad, to secure a third-place finish in La Liga.