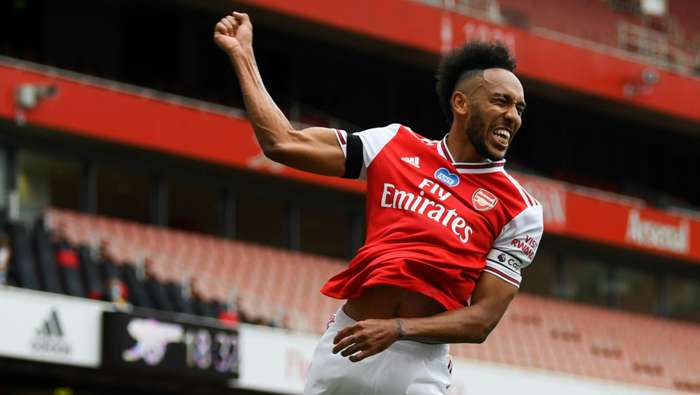 Willian has stressed thatArsenal have to keep hold of Pierre-Emerick Aubameyang, and that the striker's continued presence at Emirates Stadium is "very important" to him.

The Gabon international has scored an impressive 70 goals in 109 appearances for the Gunners, 29 of which were recorded during the 2019-20 campaign.

His latest double helped Mikel Arteta's men beat Chelsea 2-1 in the FA Cup final, but he refused to be drawn on speculation over his future after the final whistle at Wembley.

Aubameyang only has one year left to run on his current contract, and has been linked with a potential move to either Barcelona or Manchester United in recent months.

Goal has reported that Arsenal have reached an agreement with the centre-forward over an extension, but a final announcement over his future is unlikely to be forthcoming until the club's pre-season camp gets underway on August 22.

Willian, who moved to the Emirates on a free transfer after leaving Chelsea earlier this month, has talked up how integral Aubameyang is to the Gunners' hopes of competing for more major honours while expressing his hope that his new team-mate remains in north London beyond 2021.

The Brazilian midfielder told The Sun: “I joined Arsenal because we can challenge for titles but Pierre will be a big part of the plan. He has to stay — it is very important to me.

“This is a guy who gets 25-30 goals a season and we have to keep a player like that. He’s one of the best players in our team and somebody I want to be making chances for.”

Arteta expressed his belief thatAubameyang can become an Arsenallegend if he decides to commit to fresh terms with the club after the FA Cup final, telling reporters: "We always had incredible strikers at this football club and Auba deserves to be named and compared with the big names.