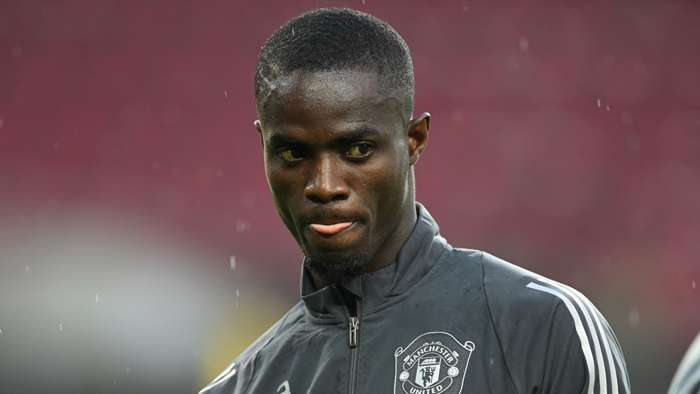 Eric Bailly’s future at Manchester United is to be “assessed” by his representatives, with the Ivorian defender experiencing a frustrating time at Old Trafford.

Bailly has, however, struggled for game time since then, with the injury-ravaged centre-half finding himself down Ole Gunnar Solskjaer’s pecking order.

Harry Maguire and Victor Lindelof have been United’s go-to partnership at the heart of their back four.

That is leaving Bailly as a bit-part figure, with just four appearances in total and 97 minutes of Premier League football taken in this season.

The 26-year-old is not planning on pushing for the exits just yet, with another transfer window fast approaching, but the agency that looks after his career is prepared to start weighing up options.

Graziano Battistini, head of Promoesport in Italy, told Calciomercato of one of his clients: “The experience with the Red Devils depends, as always, on luck, who you meet, on the opportunities.

“If he has the right chances, for me he can be an important player to solve some problems of the team.

“If all this does not happen, it is clear that the situation will need to be assessed, but now it is too early to say certain things.

“My Spanish partners who manage him are cautious in all respects, but the boy is very focused onManchester United.”

Bailly did see a switch to AC Milan mooted over the summer, with the Serie A giants said to be in the market for defensive additions.

Battistini claims a move to San Siro was never on the cards, but he appreciates that speculation will continue to be sparked for as long as an ambitious performer remains short on opportunities.

He added: “The boy is in an important context such as that of United, before evaluating an exit there must be absolutely valid situations.

“The Milan idea may have logic, but we need to evaluate many implications, today we are talking about nothing.”