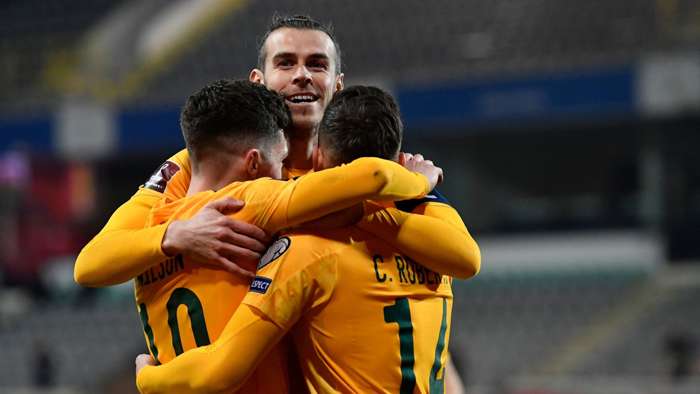 Gareth Bale has lamented Wales "sloppy mistakes" in their 3-1 defeat to Belgium on Wednesday as they madeaninauspicious start to their 2022 World Cup qualifying campaign.

The Tottenham wingerassisted the free-flowing opener by sliding a through ball to Harry Wilson, before Belgium answered with goals from Kevin De Bruyne, Thorgan Hazard and Romelu Lukaku.

The latter two goals appeared preventable, as the diminutive Hazard was allowed a freeheader in front of goaland Lukaku was granted a spot-kick when team-mate Dries Mertens was clumsily dragged down.

Bale admitted Wales "knew it would be hard" to keep up with Belgium, but he was still disappointed their spirited performance didnt lead to a positive result.

"It was great to get an early goal, it was going well, but a few sloppy mistakes let them back in," Bale told Sky Sports . "We knew they are a great team and obviously when you make mistakes you get punished.

"In the second half we were in the game for large parts. Obviously we are disappointed to lose, but we knew it would be hard coming here and have to take the positives out of the game and take them into the next game.

"We knew at half-time the next goal would be crucial, if they got it, it makes it very difficult. We showed good spirit, but it wasnt meant to be, so we take the positives out of the game."

Bale and co will attempt to rebound against another front-runner of Group E in the Czech Republic on March 30, after theydefeated Estonia 6-2 in their qualifying opener.