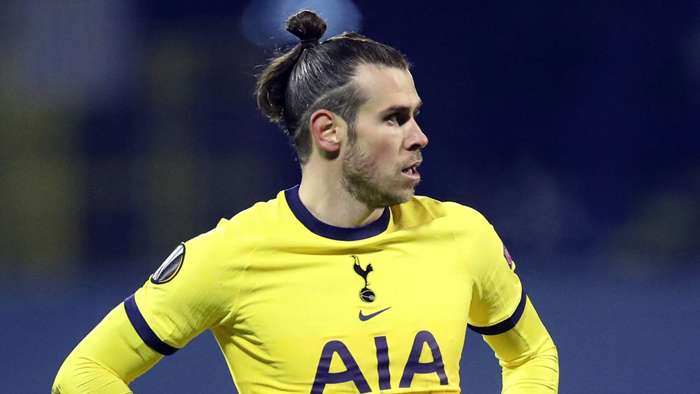 Former Real Madrid president Ramon Calderon believes that Gareth Bale has been left disappointed by his loan move back to Tottenham.

Bale retraced his steps back to London in September last year to much fanfare, having fallen out of favour at the Santiago Bernabeu under Zinedine Zidane.

The Wales international has featured in only 12 Premier League matches since his arrival, however, and Calderon believes that both the player and Spurs manager Jose Mourinho are not happy with the situation.

Bale still has a year left to run on his contract in Madrid and recently stated his intent to return to Spain after his loan expires.

“Hes not happy about his time at Tottenham and Mourinho doesnt seem to be very happy either,” Calderon told talkSPORT.

“Hes not counting on him in many matches and Bale is disappointed. Maybe thats the reason he would like to return [to Real Madrid].”

Despite scoring a number of incredible – and important – goals during his time in the Spanish capital, the winger does not enjoy the most friendly of relationships with the clubs fans.

Indeed, Bale has been derided for seemingly not giving his all for Madrid and came under fire for displaying a “Wales. Golf. Madrid. In that order.” flag while on international duty.

Calderon, however, believes Bale can get fans back in his corner simply by delivering the goods on the pitch.

“Fans are very volatile, it depends on his performances,” he said.

“If he’s going to play well and score goals like he did when he came then fans will back him. But if he’s not then problems will come again.

“This club is very demanding, I remember with Zidane they were booing him for the first five months because they thought we’d paid a lot of money for a player that wasn’t playing as they expected.

“I’m sure fans will be backing him if he does things well.”