Balotelli was a huge talent but did nothing to improve, says ex-Milan team-mate Honda 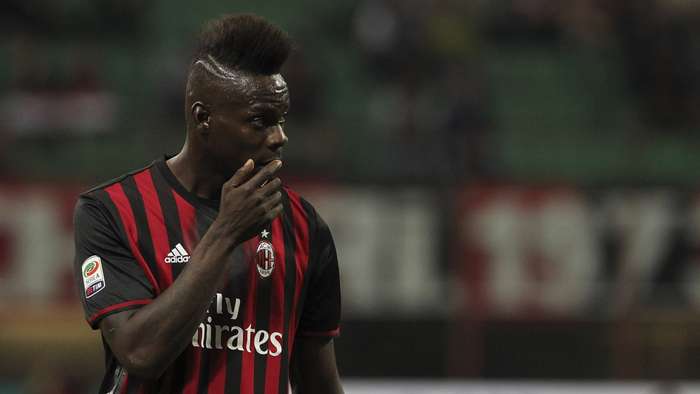 Keisuke Honda has opened up on the time he spent playing alongside Mario Balotelli, claiming the Italian was "a huge talent, yet he did nothing to improve".

Balotelli has endured a turbulent 15-year career which includesspells at Inter Milan, Manchester City, Liverpool and Milan beforehis stock plummetted amid a loss of form in front of goal.

Honda saw the Italian strikers self-destructive tendencies up close at Milan, and believes his lackadaisical approach behind the scenes ultimately prevented him from fulfilling his potential.

The former Rossoneri star told Gazzetta Dello Sport of Balotelli: "A huge talent, yet he did nothing to improve.I wanted to change his daily routine: Mario, trust me.If you want to become the best you have to train hard.

"He looked at me with a straight face and the next day he showed up at the gym 40 minutes before the session.Also the following day.By the third, he was already bored.Thats Mario."

Balotelli impressed during his first spell at Milan, having been sold to the Italian giants by Manchester City for €20 million (£17m/$24m) in January 2013.

The former Italy international scored 26 goals in his first 43 games for the Rossoneri, and managed to earn a move back to the Premier League with Liverpool ahead of the 2014-15 season.

For the Reds, Balotellis performance levels dipped dramatically, leading the club to send him back to Milan on loan after just one season on Merseyside.

Balotelli was far less prolific in his second spell at San Siro despite having players like Honda on hand, as he scored just three goals in 23 games before heading back to Liverpool for a brief period.

Liverpool let Balotelli go in 2016 and he subsequently joined French outfit Nice on a free transfer, where he was initially able to rediscover his best form.

Balotelliscored 17 goals in his debut campaign at Allianz Riviera and notched another 26 in all competitions in 2017-18, but he allowed his standards to slip thereafter.

Balotellis contract at Nice was terminated in January 2019 amid reports he had turned up to training out of shape, and Marseille snapped him up on a short-term deal.

He ended up joining boyhood club Brescia later that year, but was released in 2020 after being disciplined for missing training on a number of occasions.

Serie B club Monza are the latest club to take a chance on Balotelli, who has scored twice in seven games since moving toBrianteo Stadium in December.

Former Milan CEO Galliani: I was afraid I would die

Does Zlatan Ibrahimovic have a black belt?

AC Milan ready to do everything to keep Tomori