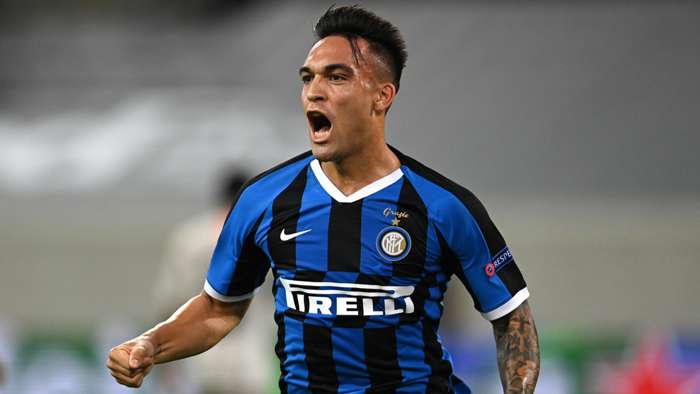 Lautaro Martinez is staying at Inter despite rumoured interest from Real Madrid and Barcelona, according to the player's agent Carlos Beto Yaque.

A couple of members of Lautaro's entourage were seen entering Inter's headquarters on Monday, with reports in Italy suggesting Madrid had a bid accepted over the weekend.

However, agent Beto Yaque insisted it was a routine meeting and the 23-year-old will remain at San Siro beyond the end of the transfer window.

"It was just a courtesy visit, that is all," he told Tuttomercatoweb. "There is nothing with Real Madrid and Barcelona. Lautaro is staying here at Inter."

Goal confirmed earlier this month that Barca were preparing a final bid to prise Lautaro away from the San Siro as it looked like both Lionel Messi and Luis Suarez would leave the club.

However, Inter vice-president Javier Zanetti claimed that the Catalans never made an approach for Lautaro when asked shortly after.

Zanetti said he understood why teams were keen to sign the striker, but revealed he had seen nothing to suggest that the player wanted to leave the Serie A.

"In Lautaro's case, being just a young player with such potential, it's normal for other teams to look at him," Zanetti told Tyc Sports . "But what I see each day as a Lautaro who wants to stay in Italy.

"At the moment, there are no negotiations betweenInter and Barcelona.

"We're happy with him and I know he's happy here too. He knows that he's at a great club and that he's improving a lot thanks to the coach Antonio Conte."

Lautaro scored 21 goals in all competitions as Inter finished second in Serie A and reached the Europa League final last season.

His €111 million (£98.8m) release clause expired in July and he has three more years to run on his existing deal.