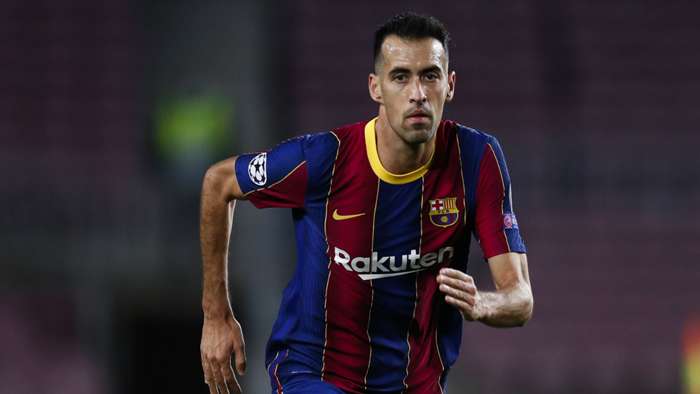 Sergio Busquets has been ruled out of Spain’s game with Germany on account of a knee injury, with the Barcelona midfielder set for an MRI scan.

Busquets did not take part in training on Sunday, and will undergo an MRI scan on Monday to assess the extent of the problem.

While Busquets’ absence is a blow to Spain, as Luis Enrique’s side need a win over Germany on Tuesday to overhaul their opponents at the top of Nations League Group A4, there will beanxious people monitoring the situation at Camp Nou.

Barca have made a slow start to the current domestic campaign and hold eighth place in La Liga, nine points adrift of leaders Real Sociedad - albeit with two games in hand.

The Catalans return to Liga action on Saturday with a trip to Atletico Madrid, and taking on Diego Simeone’s side at the Wanda Metropolitano without Busquets would be a mammoth task.

Should Busquets miss out, Bosnia & Herzegovina international and summer signing from Juventus, Miralem Pjanic, is likely to be the man handed the task of filling the 32-year-old’s boots and providing the shield for Barca’s defence.

Busquets is one of the most decorated players in the game, with eight La Liga titles, six Copa del Rey titles, six Spanish Super Cups andthree Champions Leagues - along with a World Cup and European Championship to his name.

However, his form has not been great this season and there have been calls for coach Ronald Koeman to replace him with new signing Pjanic.

Dropping Busquets would have been unthinkable even 12 months ago, so the injury - if it proves to be anything other than minor - could ensure Koeman does not have to have an awkward conversation.

While Barcelona have stuttered domestically, they have made a perfect start to the Champions League - with three wins from as many games to top Group G from Juventus, Dynamo Kiev and Ferencvaros.