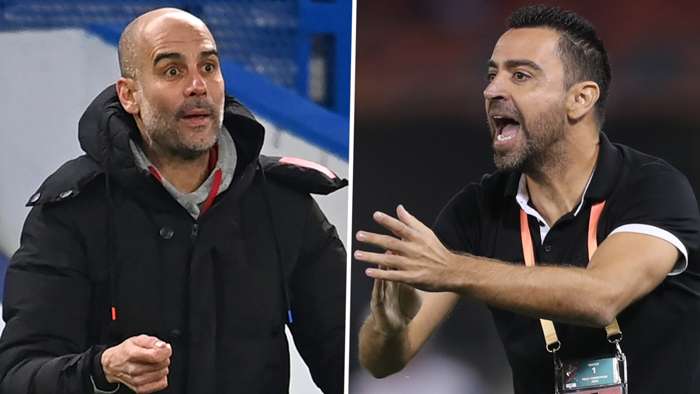 Barcelona presidential hopeful Victor Font has reiterated his desire to bring Xavi back to Camp Nou in a managerial capacity, while he also wants Pep Guardiola to fill a role behind the scenes in Catalunya.

Josep Maria Bartomeu has been unceremoniously dumped from the top job at Barca, with the next round of elections due to be held on January 24.

Font is a leading contender to emerge victorious in that vote along with Joan Laporta, a man who has already enjoyed considerable success during a previous reign.

Whoever takes office in 2021 will have plenty of issues to contend with once their feet are under the table.

Lionel Messi’s future remains the most pressing concern at Camp Nou, with the six-time Ballon d’Or winner continuing to run down his contract towards free agency.

Mixed messages have been delivered regarding Barca’s chances of retaining their talismanic skipper, while speculation also continues to rage regarding prominent roles in the dugout.

Ronald Koeman has the reins at present, but Font continues to make no secret of the fact that he would look to bring club legend Xavi back to familiar surroundings if given the chance.

He has said in Marca: “Xavi's dream is to be a coach. We want Xavi to be the person in charge of the football structure.

“He will have enough power to make important decisions. He's clear that his dream is to be a coach, so as soon as the club need him in that position, it will happen.”

Font, who boasts strong ties to Xavi and Jordi Cruyff, added: “We announced a structure based on what was agreed with Xavi. Obviously we wouldn't have done it without his permission.

“If that had been the case, he would have come out and said it was nothing to do with him. All he said was that it didn't make sense to give explicit support to a single candidate.”

While expecting Xavi to head home at some stage, Font would like to see current Manchester City boss Guardiola do likewise.

He has committed to a new contract at the Etihad Stadium through to the summer of 2023, but there will always be a job for him at Barca if he wants it.

Font added when asked if he would look to approach Guardiola when his deal at City comes to a close: “Without a doubt.

“I want to create an environment and keep hold of the greatest talent like Guardiola, who is the best coach in the world.