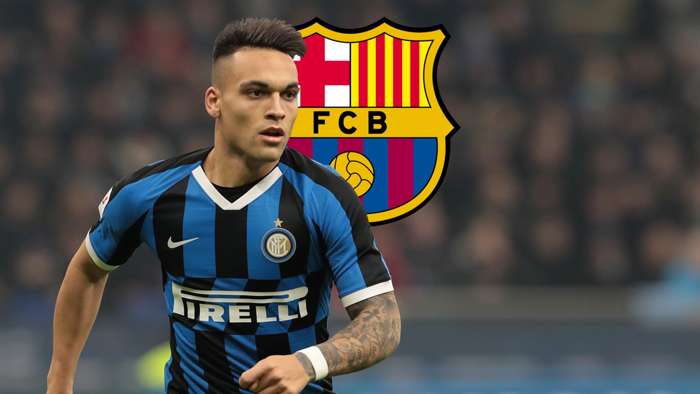 Barcelona are preparing a final offer for Lautaro Martinez, Goal can confirm, with the beleaguered Blaugranaready to test Inter's resolve as they prepare for life without Luis Suarez at the head of their attack.

New boss Ronald Koeman recently made it clear to the Uruguayan, despite him being close friends with wantaway Lionel Messi, that he would no longer be a key player for the Catalans and should attempt to find a new club.

And although Lyon attacker Memphis Depay has been mooted as a potential successor due to his ties with Koeman, Goal can confirm that Lautaro remains at the top Barca's wishlist, with the Argentine seen as a complete centre-forward in the precise mould the club are looking for.

There are many complications in the way, however, the most notable of which being the fact that Suarez still has a year left on his contract at Camp Nou, with an automatic renewal for a further year should he feature in more than 60 per cent of matches.

In essence, Barcelona have two options: let Suarez stay and look on from the stands while he sees out the final season of his current deal or pay him his full salary for the 2020-21 season and allow him to leave as a free agent.

The latter, of course, would see the striker sent off with a clean break, but forking an annual salary of €14 million (£12.5m/$16.5m) in one go is far from ideal for the Liga side, whose financial issues amid the coronavirus pandemic are well documented.

Sources close to the situation have learned that Suarez is willing to sit down with the club and negotiate his exit.

However, should president Josep Maria Bartomeu try to play hardball and attempt to wriggle out of paying said €14m, the 33-year-old will simply return to training and collect his weekly wage.

Should both parties reach an accord, it is understood that Juventus have already come to an agreement with Suarez over a three-year contract worth €10m (£9m/$12m) per season, with the attacker having already begun the process of applying for an Italian passport.

Barca will try to recoup some kind of compensation from Juve should Suarez make the switch to Turin, but the Italian giants have no intention of providing Bartomeu and Co. what would essentially be a handout.