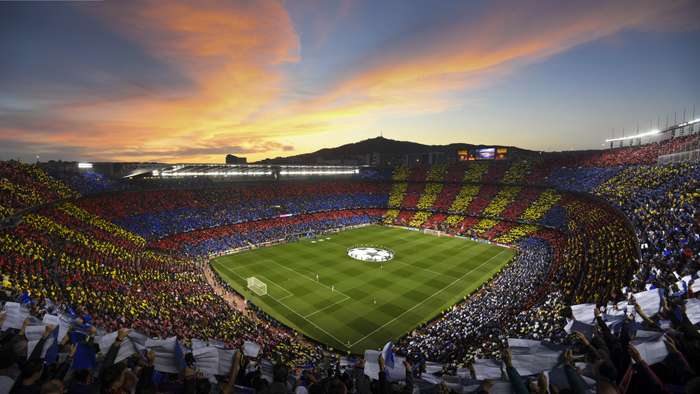 Barcelona were boosted on Tuesdayas Ronald Koeman's squad received the Covid-19 all-clear in the wake of two members of staff testing positive.

But there were no positives detected and that meant Koeman's charges could train in theevening, ahead of playing Wednesday's match against Athletic Bilbao.

The Camp Nou giantssaid on Monday that two members of the first-team staff had returned positives forcoronavirus, and sports and health authorities were informed about those results.

Koeman's team sitfifth in La Liga ahead of their trip to the Basque Countryto play Athletic, who are ninth.

Barcelona, who are 10 points off the top of La Liga,have won the previous two matches on their travels after going four away league games without a win.

The Blaugranasecured a 1-0win at rock-bottomHuescaat the weekend, which came courtesy of a goal from midfielder Frenkie de Jong.

Following that game,Barcelonagoalkeeper Marc-Andre ter Stegen called upon his team-mates to raise the quality of their performances.

"We have to improve, that's what I think, overall in the last minutes so that we don't suffer as much. Ithink it's not needed," the Germany international told the club's website.

"But we won the game which is very important and we move forwards."

Barca have often been short in attack this season, as the club have relied on Martin Braithwaiteto play striker in recent weeks.

Head coach Ronald Koeman admitted his club were short a target forward, expressing his hope that a new striker can be brought in during the January transfer window.