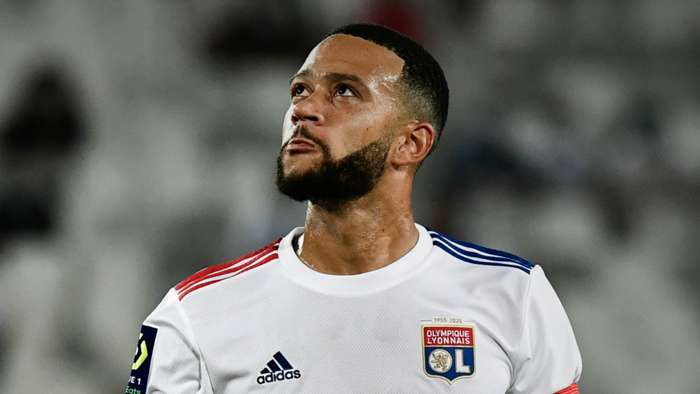 Barcelona cannot afford to buy Memphis Depay because of the hit their finances have taken during the Covid-19 crisis, Lyon president Jean-Michel Aulas has claimed.

The striker looked set to move to Spain in a deal costing Barcelona in the region of €25-30 million, various reports indicated.

Yet the deal now looks to be off, withAulas declaringBarcelona president Josep Maria Bartomeu personally told him the Catalan giants were in no position to make an offer.

In a Twitter message, Aulas pointed to a report from Dutch newspaper De Telegraaf that suggested a €30m (£28m/$36m)move for the 26-year-old was in the offing.

Aulas wrote: "The president of Barca indicated to me on Sunday that Barca were suffering a lot from the Covidcrisis and didn't have the possibility to make an offer. #memphis"

Bartomeu recently said Barcelona faced losing around 30 per cent of their budgeted income because of the coronavirus pandemic, with that figure likely to equate to somewhere close to €300m (£276m/$355m).

Depay has scored 46 goals in 103 Ligue 1 games for Lyonsince joining from Manchester United in the January 2017 transfer window.

The Dutch international was asked about Barca's interest last week and confirmed that the Catalan side were keen to bring him in.

“We just have to see what will happen. I'll report to Lyon tomorrow and we'll see what happens," Depay toldNOSafter Netherlands' 1-0 defeat toItalyin theUEFA Nations League.

"I haven't heard much more from my agent. I know that there is interest, but I don't have much more to say because I don't know much about it."

Should Barca be unable to make an offer for Depay,Aulashas previously claimed that Roma are also keen on the forward.