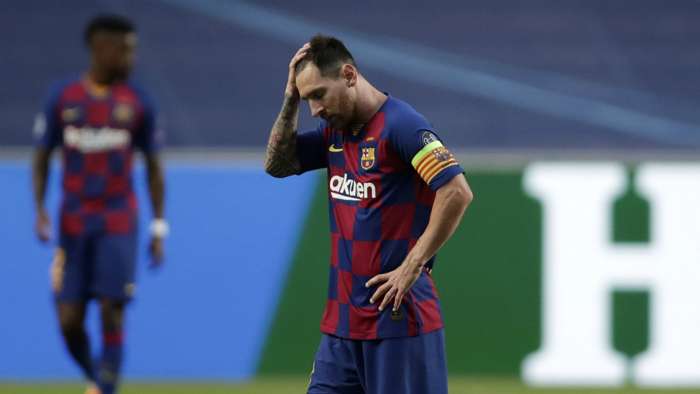 Quique Setien has already been replaced as head coach by Ronald Koeman, and Ramon Planes was promoted to take over from Eric Abidal as first-team technical secretary.

Barca were then rocked on Tuesday after all-time leading scorer and club icon Lionel Messi informed them of his intention to leave, with several others also expected to move on.

However, Calderon insists the turmoil at Camp Nou could negatively impact Madrid in a wider sense and is hopeful Barca will soon return to their best.

"It is important to have a team like Barcelona in our league, and for Real Madrid as well to have as a rival," he told Stats Perform News. "It makes both teams better.

"It used to happen with Cristiano Ronaldo and Lionel Messi. The fact that both have been in those teams made them better players. It encouraged them to improve themselves and win more trophies in order to beat the other. It is the same with Real Madrid and Barcelona.

"The clubs are always in a competition. This is what should happen between those two clubs."

Calderon, who was president of Madrid between 2006 and 2009, added: "This time is not good for Barcelona, that's clear. So, what is not good for the rival, in theory is for good for the other - but I don't like it. I never liked it when it happens to any team.

"I have always said Barcelona is a very big team. It is not an enemy. I have always had a great relationship with the presidents and the board I met.

"I was always well-treated there and I tried to do the same with the ones who came to our stadium. It is clear Barcelona is in a tough time, but hopefully they will overcome it.

"It is not good to have such a big team in a situation like this and I am sure they will overcome the situation. Even if it is for good for Real Madrid in some aspects, I don't like it.