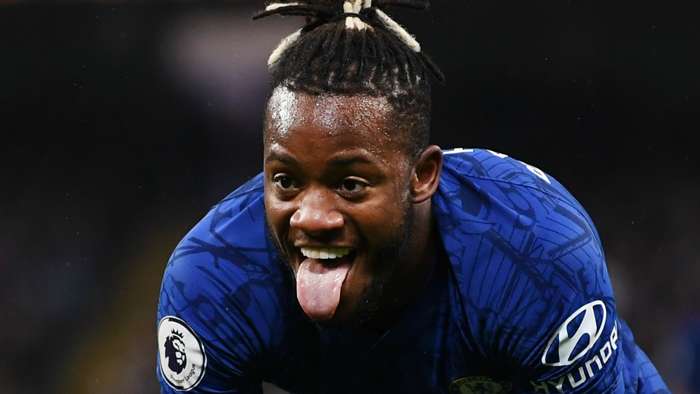 Chelsea are close to extending Michy Batshuayi's contract ahead of sending the striker on a season-long loan deal back to Crystal Palace for the 2020-21 campaign.

The one-year contract extension ensures the Blues don't lose the 26-year-old for free at the end of his loan deal having signed him for £33 million ($42m) back in 2016 from Marseille.

Palace manager Roy Hodgson will be re-signing a playerwho spent six months at the south London club in 2019 when he scored five goals in 11 Premier League appearances.

The Belgian will make the move ahead of next summer's rescheduled European Championship and will hope regular football will help to secure his place in the squad.

Batshuayi has only made 23 starts for Chelsea in his four years at the club and the latest loan spell represents his fourth such move having also played for Borussia Dortmund and Valencia.

Frank Lampard made the striker his third-choice option for much of last season with Tammy Abraham and Olivier Giroud preferred, while the Blues have since spent £47.5m ($61m) on signing RB Leipzig striker Timo Werner to add to their firepower up front.

However, the loan move has caused Conor Gallagher's proposed move to Selhurst Park to collapse having already had his medical but not tied up the final details of the contract.

The Chelsea academy graduate will now seek another loan move away, with West Brom and several Championship clubs in the mix for the 20-year-old.Aston Villa, Leeds United and West Ham are other possible destinations for Gallagher that are being explored.

Gallagher remains in talks with the Stamford Bridge outfit over a contract extension with the club keen to ensure he renews before making a move a this summer.

With a new season set to start in the top two leagues in England, a host of players are looking to agree on loan moves for the season.

Ethan Ampadu joined Sheffield United on Monday, while Tariq Uwakwe made his first loan move to League One side Accrington Stanley.

AC Milan talks over Tiemoue Bakayoko's loan move continueto progress slowly. Milan are hoping to conclude a deal that includes a €3m (£2.7m/$3.55m)loan fee and a €30m (£27m/$35.5m) option to buy, but Chelseaare keen to force the Italian giants into an obligatory purchase option at the end of the season.

Atalanta have opted forValencia's Cristiano Piccini which may cause their interest in loaning full-back Davide Zappacosta to collapse.

Chelsea are having another busy week in their efforts to reduce the size of their squad which sees them with almost 50 players on their books after five high-profile signings.