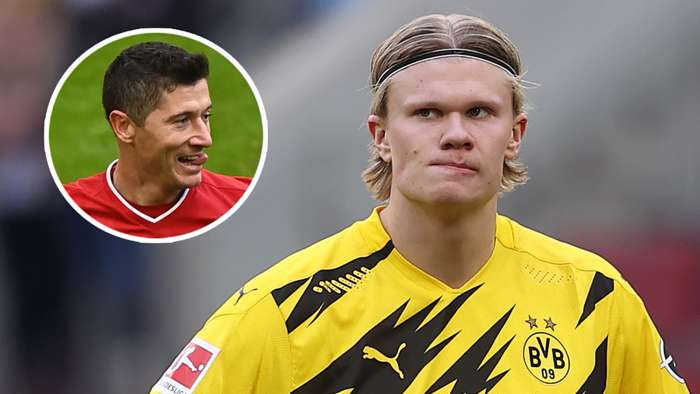 Bayern Munich will not be attempting to sign Erling Haaland this summer, with CEO Karl-Heinz Rummenigge insisting that the Bundesliga champions will not bring in another striker while they have Robert Lewandowski.

Haaland has emerged as one of the most fearsome forwards in world football over the past two seasons, and has a superb scoring record in Germany since moving to Dortmund in January 2020.

Rummenigge, however, says he does not know where talk of a transfer to Bayern has come from, and they will not be entering any bidding war for the Norwegian in the summer transfer window.

The Bayern chieftold Bild : "I dont know where the rumours have come from. I can only say one thing: we have the worlds bestfootballer in this position. Robert Lewandowski has a contract until 2023."

Almost every major club in Europe is linked with a move for Haaland, including Manchester City.

The Premier League leaders once had Alf-Inge Haaland, Erlings father, on their books, and look set to be in the market for a forward this summer after it was announced Sergio Aguero is leaving after a decade at Etihad Stadium.

Real Madrid and Barcelona have also been heavily linked with the forward, as have Citys PremierLeague rivals Manchester United and Chelsea.

Arguably the two best central strikers in the world right now are in the Bundesliga, with Haaland leading the line for Dortmund while Lewandowski is in the form of his life for Bayern.

This season, Haaland has struck 21 goals in as many Bundesliga games for Dortmund - an incredible record, yet one which is dwarfed by Lewandowski, who has scored an astonishing 35 league goals in just 25 German top-flight appearances in 2020-21.