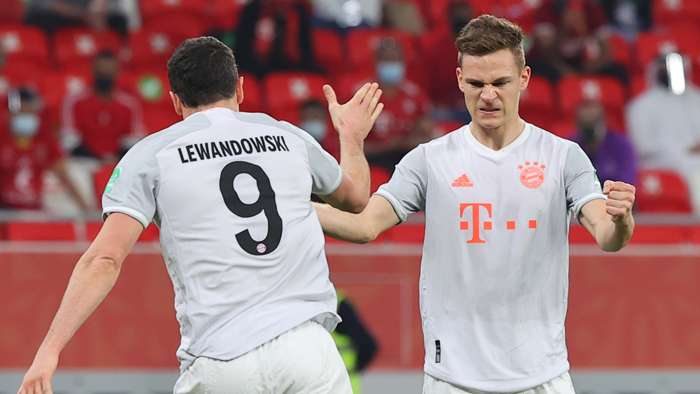 Bayern Munich are looking to become world champions for the fourth time in their history when they take on Mexican outfit Tigres in the Club World Cup final at Education City Stadium in Qatar on Thursday.

Hansi Flick’s men qualified for the tournament after lifting the Champions League back in August and swept aside Al Ahly of Egypt in the semi-final thanks to Robert Lewandowski’s brace.

The last seven Club World Cup finals have all been won by European sides and bet365 make Bayern just 2/9 (1.22) to continue that trend in Al Rayyan on Thursday.

Tigres are the first North American team to ever reach the final, having done so by beating Ulsan Hyundai and Palmeiras so far in the tournament, but are out at 12/1 (13.0) to win inside 90 minutes.

Only four of the 16 finals in this competition have ever been level after 90 minutes and bet365 go 5/1 (6.0) that this clash goes into extra time and potentially penalties.

Flick played a strong team against Al Ahly and should put out a similar line-up here, although the likes of Leroy Sane and Niklas Sule will be pushing to start after coming off the bench in the semi-final. Jerome Boateng, meanwhile, has left the squad for personal reasons.

Tigres manager Ricardo Ferrettimay go for a defensive XI against a dangerous Bayern team, having played a 4-4-1-1 in the win over Palmeiras.

Bayern were shown little resistance in their semi-final win over Al Ahly, recording almost 70 per cent possession and amassing an impressive 24 shots on their way to a very comfortable 2-0 victory.

Another professional performance is set to be on the agenda for Flick, who will be aware ofthe confidence in Tigres' camp aftertheir upsetof Palmeirasin the semis to create history – with Ferretti's men holding their Brazilian opponents to just a single shot on target in the process.

The Liga MX side will likely aim for anotherrobust defensive display here and having kept six clean sheets in their last 10 games in all competitions, should be able to make life difficult for the European champions.

It is difficult to see anything other than the favourites winning but Tigres have enough to keep it tight and the price of 21/20(2.05) on Bayern winning in a match that features under 3.5 match goals looks a strong pick for the Club World Cup final.