Bayern's most wanted to Chelsea's forgotten man: What next for Hudson-Odoi? 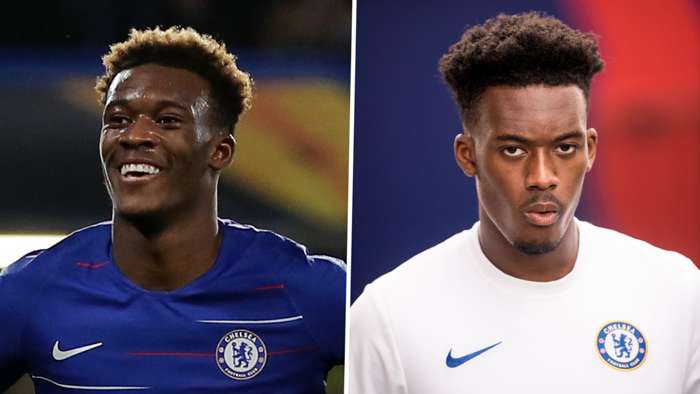 Callum Hudson-Odoi's season has begun as last season finished -watching on from the sidelines as others become protagonists inChelsea's attack.

Hudson-Odoi celebrated putting pen to paper with his boyhood club by scoring against Grimsby Town in the third round of the Carabao Cup, having recoveredfrom a ruptured Achilles tendon.

However, 12 months on, and with Barnsley set to visit Stamford Bridge on Wednesday at the same stage of this season's EFL Cup, Hudson-Odoi finds himself at an unexpected crossroads.

The 19-year-old's decision to commit his future to Chelseawas widely celebrated within the club, afterFrank Lampard helpedconvince Hudson-Odoi to sign on amid intense interest from Bayern Munich.

Indeed, six months earlier, Hudson-Odoi had handed in a transfer request after seeing his game time limited under Maurizio Sarri.

Bayern were willing to pay upwards of £35 million ($45m) to bringthe teenager to the Allianz Arena and offered him the No.10 shirt as his contract entered its final yearin west London.

Barcelona, Real Madrid, Borussia Dortmund and Villarreal had also expressed interest in a player who had excelled at youth level for Chelsea.

Reports have even emerged in Germany suggesting that Bayern may still be keen on a transfer despite their signing of Leroy Sane to play on the left-hand side, with Hudson-Odoi's future yet again back up for debate.

He has made just one start since football returned following the coronavirus-enforced lockdown, with that somewhat ironically coming away at Bayern, as Lampard's injury-ravaged squad tried and failed to overturn a 3-0 deficit in the last 16 of the Champions League.

It is not as if he has been used regularly off the bench either, with the England international having been on the pitch for just 203 minutes over the past three months.

The arrivals of Timo Werner, Kai Havertz and Hakim Ziyech– as well as Christian Pulisic finding his best form in the final weeks of last season– seem to have pushed Hudson-Odoi down the pecking order.

"I keep saying he needs to train, he needs to show in training every day and when he gets his opportunity in games, which he will have tomorrow (Wednesday) because he will play against Barnsley," Lampard said on Tuesday afternoon.

"He has to show in every minute, on and off the ball, what he can do for the team and that’s the position Callum is in at the minute.

"He’s had an early breakthrough in his career because of his talent, he’s had an injury and now I want to see him flourish again.”

Some have suggested that Hudson-Odoi breaking lockdown rules in May couldhave played a part in his lack of minutes since the restart.

But Mason Mount's regular starting role flies in the face of that hypothesis, given he too was caught flouting self-isolation regulations in the early weeks of the pandemic and has since been welcomed back into the starting line-up.

It is telling that Mount, whose natural role is that of a midfielder, continues to be preferred to Hudson-Odoi in a wide role.

This is certainly not what many Blues fans envisaged when Hudson-Odoi was signing his£120,000-a-week contract, with his 10 minutes of playing time in the opening two fixtures of the campaign an additional sign of his lowly status within Lampard's squad.

He will get a chance to remind everyone of his ability against Barnsley but it remains to be seen whether he can do enough to prove he should be given more opportunities to shine.