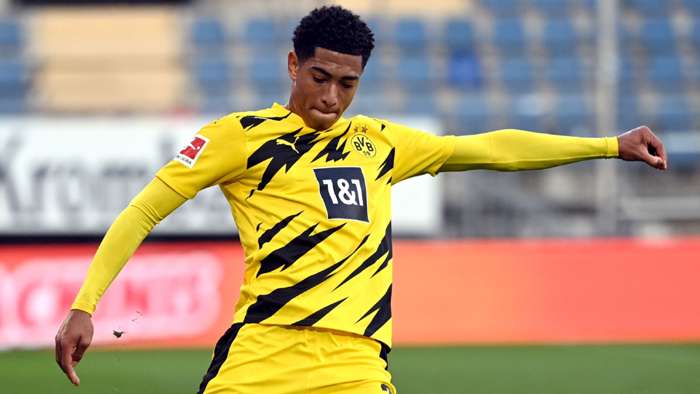 Jude Bellingham’s “skill is massive”, says former Birmingham boss Pep Clotet, with the 17-year-old’s rise to prominence coming as no surprise to thecoach who spotted his “incredible talent” early.

Bellingham has seen his stock soar since then, with just one season of Championship football required in order to land a big-money transfer to Borussia Dortmund, withinterest from Manchester United shunned before heading to Germany.

Impressive progress has been maintained in the Bundesliga, with Gareth Southgate taking to adding the youngster to his senior England squad.

Clotet always believed that Bellingham was destined to reach the very top, with the Spaniard telling Sky Sports: “From the first time I saw him for the U18s, straight away you could see he had an incredible talent on him. You could see he was a huge complete player already, and obviously his level and talent was above the level he was playing.

“I wanted to test his skill, and his level, higher up the ranks, so when he started to train with the U23s you could see he was performing in the same way as when he was in the younger age groups.

“As soon as he started to train with us in the first team, and when he properly joined us for pre-season last season, he was very quick to mix with the professionals and train at their level and he physically adapted very, very quick.

“He was able to perform with the talent he had alongside the physical demands as a professional. You could see straight away he was going to be a big player.”

Clotet added on Bellingham’s development: “You could never think he would come through that quickly, but I always had in my mind he would become one of the first-teamersand help us not only to perform on the pitch but also become a very strong player for linking a very divided club at that moment.

“I'm happy that this vision happened, you need a little bit of luck as well, but it all went like that and it helped to have one of the best seasons for Birmingham because it's not easy in the circumstances that team had to bed in a player of such a huge talent that is able to achieve now what he is achieving.

“That was my vision, and what I saw could happen, I saw it in him.”

Bellingham’s energy in the middle of the park has earned him comparisons to legendary figures such as Steven Gerrard and Frank Lampard, and Clotet believes the talented teenager will thrive in a role similar to that once filled by Liverpool and Chelsea icons.

He said: “In my opinion, his best position is in a 4-3-3 as an offensive midfielder. He feels very comfortable offensively, in a position he's able to attack the box, but you must ensure as a manager he has the freedom.

“He has a very good skill in hiding his movement so can get out of situations and find his way into a shot or cross.