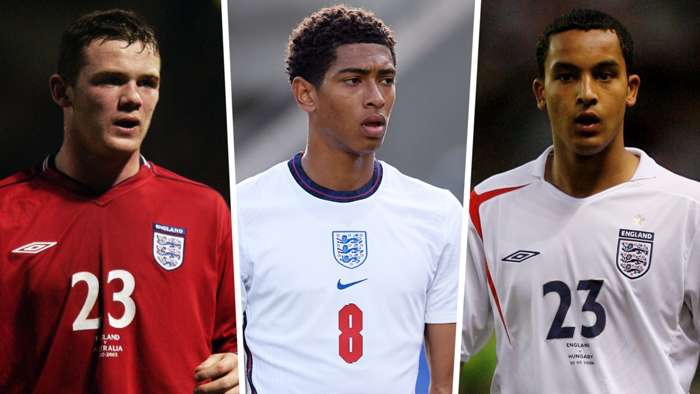 Jude Bellingham has been drafted into the senior England squad for the first time, with the Borussia Dortmund midfielder emulating Wayne Rooney and Theo Walcott in earning a call-up at 17 years of age.

He has already taken in four appearances for the Young Lions, registering one goal in the process, but could now be in line for a full debut for his country.

Bellingham has enjoyed a meteoric rise to prominence over the last 15 months, with a competitive debut for Birmingham City only made in August 2019.

He was just 16 at the time and did enough across his debut campaign as a first-team star to earn a big-money move to Bundesliga giants Dortmund.

Impressive progress in Germany has now been rewarded with England recognition, with Bellingham in contention for minutes during a friendly date with the Republic of Ireland and UEFA Nations League clashes with Belgium and Iceland.

A statement from the Football Association read, with updates offered on those who have picked up untimely knocks: “Jude Bellingham has been addedto the England men’s senior squad following the withdrawal of James Ward-Prowse and Trent Alexander-Arnold through injury.

“The Borussia Dortmund midfielder was originally included in the MU21 squad but will now link up with the seniors for the first time.

“Marcus Rashford is scheduled to report for duty on Thursday to allow for further assessment on an injury sustained playing for Manchester United last Saturday.

“The majority of the squad arrived at StGeorge’s Park on Monday with Ben Chilwell, Eric Dier, Harry Kane, Kyle Walker, Joe Gomez, Jordan Henderson and Raheem Sterling due to report on Tuesday.

“Elsewhere, Aidy Boothroyd has now added Everton duo Ben Godfrey and Tom Davies to his MU21 squad but will be without Norwich City defender Max Aarons.”

If Bellingham were to figure for England at some stage over the course of the latest international break, he would become the third-youngest player to represent the Three Lions.

Former Arsenal and Everton winger Walcott, who is now back at Southampton, tops that chart having made his bow against Hungary in 2006 aged just 17 years and 74 days.

Manchester United legend Rooney is second on the list, with England’s all-time leading goalscorer earning his first cap against Australia in February 2003.