Bellingham will be fast-tracked into England squad ahead of Euro 2020, says Southgate 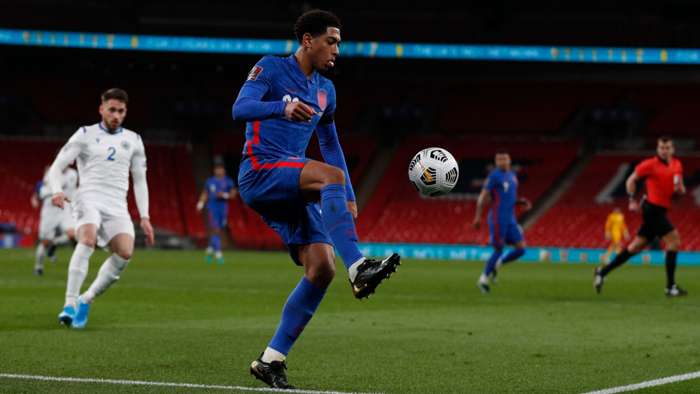 Gareth Southgate is confident Jude Bellingham has a bright career as an England international ahead of him and hopes to include him in the squad for Euro 2020.

The 17-year-old made his second appearance for the Three Lions on Thursday when he came off the bench in the 5-0 win against San Marino in their first 2022 World Cup qualifying match.

Bellingham replaced Mason Mount at half-time and his performance in midfield impressed his manager.

"Hes a player we think is going to be an England international in the future," Southgate toldITV.

"We feel that in that area of the pitch, although we were very happy with everybody tonight, we are a little bit short in numbers.

"For us to help develop him, to put him into games and to try and get him with the team, with the development he is getting at Dortmund as well, were hoping we can play a part in fast-tracking him into the group."

Bellingham made his debut for the senior team in November last year when he came on to pay the last 20 minutes of a friendly against Ireland.

The midfielder has made 35 appearances in all competitions for Borussia Dortmund this season, having joined from Birmingham last summer.

He netted in his senior debut for the German side, making him the youngest scorer in the clubs history.

England continue their qualifying campaign on Sunday when they face Albania, followed by a clash with Poland on March 31.

Southgates team will then face Romania in a friendly in June before Euro 2020 gets underway.

They will take on Croatia, Scotland and Czech Republic in the group stage of the tournament.