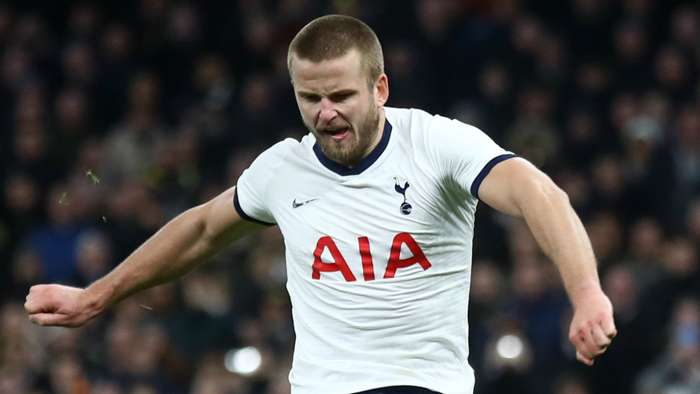 Tottenham defensive midfielder Eric Dier has revealed the most intense club derby fixture he has ever played in - and it is not the north London derby against Arsenal.

Dier began his career with Portuguese giants Sporting, making 31 senior appearances before switching to Spurs in the summer of 2014 in a £4 million (€4.4m/$5.2m) deal.

The deal has proved to be a shrewd investment by Spurs, with Dier having made 240 appearances in all competitions for the club, becoming a key player under the management of both Mauricio Pochettino and Jose Mourinho.

He has also emerged as an important player for England, making 42 senior international appearances and playing a big role in their run to the 2018 World Cup semi-finals, scoring the winning penalty in the round of 16 shoot-out against Colombia.

Appearing as a guest on Sky panel show A League Of Their Own, Dier was asked whether England vs Germany, Arsenal vs Tottenham or Benfica vsSporting was the most intense rivalry - and he had no hesitation in his response.

Dier said: "The derbies in Portugal are pretty intense. You feel like, if they the fans could get on the pitch, they would come after you."

The 26-year-old was also asked to name an opposition striker who has caused him particular problems over the years, withformer Chelsea striker Diego Costa named as the most nefarious.

Dier, who came up against the Spain international on regular occasions during his time at Stamford Bridge, revealed the underhand tactics the notoriously aggressive Costa would use to get the advantage over defenders.

He said: "I always had a fun time playing against Diego Costa. Aggressive, sneaky, always trying to do things behind your back - he'd pinch you!"

While he may rank the Portuguese fans as the most aggressive,Dier has had his own run-ins with the supporters at Spurs, infamously chasing down a supporter who had insulted him following an FA Cup defeat to Norwich at Tottenham Hotspur Stadium.