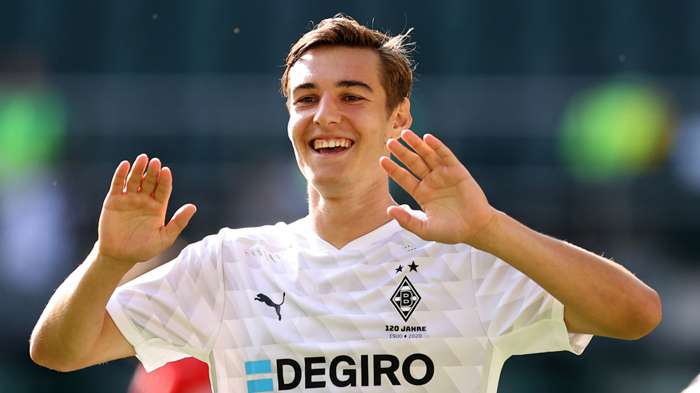 Neuhaus began his professional career at 1860 Munich, where he spent one year in the senior squad before being snapped up by Monchengladbach in 2017.

The midfielder was immediately sent out on loan to Fortuna Dusseldorf, and played a key role in their successful promotion bid before returning to Borussia-Park with a view to forcing his way into the starting XI.

The 23-year-old has since racked up 82 appearances in all competitions for Monchengladbach, scoring 10 goals and laying on 14 assists, and was rewarded for his performances with a new long-term contract in November 2019.

Neuhaus is now one of the first names on Marco Rose's team-sheet, and has impressed in both the Bundesliga and the Champions League at the beginning of the 2020-21 campaign.

The Germany international's form has seen him linked with a move to Bayern, but he remained coy on speculation over his future when quizzed on the reported interest from officials at Allianz Arena.

"I don't want to commit myself to that.FC Bayern is a big club.I have also got to know a couple of guys from Bayern in the national team who only speak positively about the club," Neuhaus told Goal and SPOX .

"My dad is also a huge Bayern fan.But I'm a Borussia Monchengladbach player and I don't concentrate on anything else."

The German playmaker added on his career trajectory since leaving 1860 Munich: "The move to Monchengladbach was spot on.

"At first, it wasn't easy to be so far away from home, but it actually went well right from the start.

"The loan toFortuna Dusseldorfalso helped me because I played in a lot of matches.Now I'm happy to have such a big part to play atBorussia."

Neuhaus also opened up on his first taste of Champions League football, with Monchengladbach currently exceeding expectations by leading Group B ahead of Shakhtar Donetsk, Real Madrid and Inter after three fixtures.

"You become a footballer for games like this.Just the feeling of competing against the best teams in Europe is special," he said.